Officials have arrested a Vatican cleric on suspicion of fraud in connection with the Vatican Bank, known as the Institute for Works of Religion. This comes two days after Pope Francis announced the new probe. 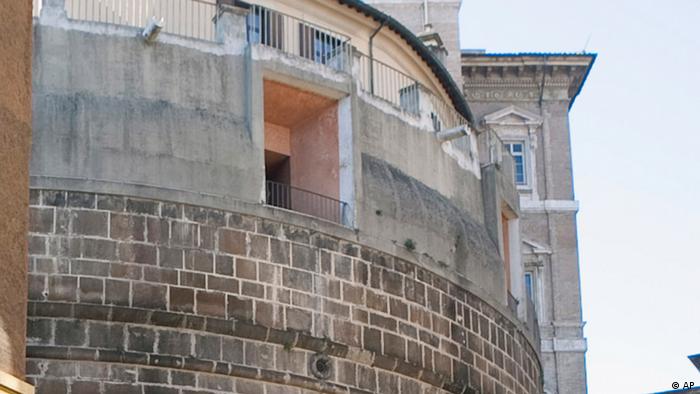 The Italian newspaper Corriere della Sera reported on its website that the arrested cleric was Nunzio Scarano, the priest from Salerno in southern Italy. He had been put under investigation for money laundering.

The former intelligence officer Giovanni Mario Zito and the finance broker Giovanni Carinzo were also arrested on the charges of corruption, fraud and slander, according to the German news agency dpa, quoting Italian authorities.

Earlier this week the AP news agency had reported that Scarano had withdrawn more than half a million euros in charitable donations without any flags being raised, walked out of Vatican City with the cash, and then used it to pay off a personal mortgage.

On Friday, dpa quoted Italian prosecutors as saying Monsignor Scarano had paid Zito 400,000 euros ($520,000) to transport 20 million euros in cash from Switzerland to Italy onboard a private jet.

On Wednesday, the Holy See announced that the Institute of Religious Works (IOR) would be the target of an investigation overseen personally by the pope.

The financial institution has been plagued with scandals during its 71-year history. Its usefulness has been openly questioned by the new pontiff.

The pope said he was establishing the commission because he "wants to know better the legal position and the activities of the institute so that they can be better harmonized with the mission of the Universal Church and of the Apostolic Seat."

Four prelates and Harvard Law School professor Mary Ann Glendon, a former ambassador to the Holy See, are to have top-level access to all documentation when they create their report, for which there is no deadline.

Francis has spoken out against the cult of money in the Vatican, calling for a "poor church."

The bank has been trying to clean up its reputation after a series of scandals, most notably in 1982 when it was embroiled in the bankruptcy of Italy's Banco Ambrosiano, of which the Holy See was the main shareholder. The bank was accused of laundering money for the Sicilian mafia. Its chairman, Roberto Calvi, was found hanging from London's Blackfriars Bridge in a suspected mafia murder.

In 2010, Rome magistrates froze 23 million euros held by the IOR in an Italian bank as part of a money laundering investigation. The IOR said it was transferring money between Italian and German accounts. The money was released in 2011 but the investigation is ongoing.

The IOR has assets of 5.5 billion euros under management and profits of 86.6 million euros, which are used to support Catholic endeavors around the world. It does not lend money.