Almost every week, African software developers introduce new applications to the market. Two IT students in Uganda have developed an application that shows motorists the cheapest gas stations in the capital, Kampala. 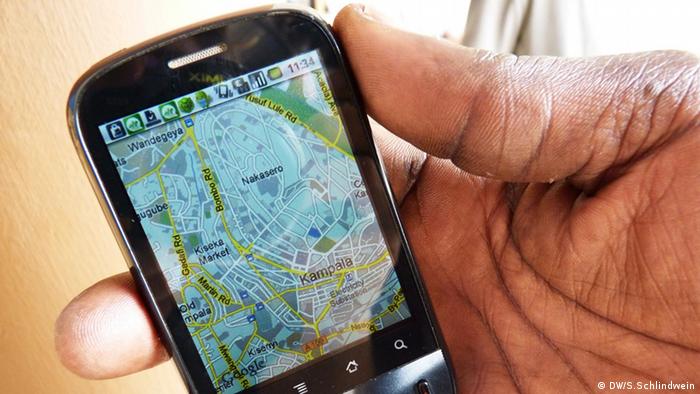 Edward Sekyewa is driving through Kampala. His tank's almost empty and he urgently needs to find a gas station. But fuel is expensive in Uganda and prices vary widely. To find the cheapest price, Edward uses his cellphone.

With his smart phone and the 'Mafuta-Go' (Gas-Go) application, he is able to find out where he'll get the most fuel for his money. According to Mafuta-Go it's the City Oil gas station in Kamwokya where a liter costs 3,550 Ugandan shillings (1.10 euros, $1.40).

Edward is a member of Uganda's growing middle class. 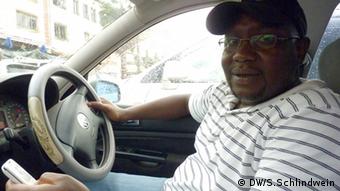 He drives a Volkswagen, works for an NGO, has one child and owns his own house. But although he earns well, he still has to watch how he spends his money.

Gasoline is expensive in Uganda. Every liter must first be transported by cargo ship to the Kenyan port of Mombasa and then by truck to Kampala.

The transport costs push up the price considerably and every shilling counts when drivers fill up. That's what prompted the inventors of the new app, Christine Ampaire and Daniel Odongo, to see how they could help.

The young IT students launched a start-up business called Code-Sync a year ago. They developed the Mafuta-Go app which is a free service which they finance with the prize money they won in at this year's Pivot East competition for mobile apps.

The Pivot East network, based in the Kenyan capital Nairobi, promotes start-ups and developers of mobile software in the whole of East Africa.

Currently, Daniel and Christine are seeking to develop partnerships with gas stations so Mafuta-Go can be automatically updated from their databases. 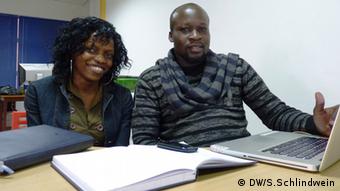 The founders of Mafuta-Go, Christine Ampaire and Daniel Odongo

Until then, they will continue to send out motorcyclists with price lists to check all gas stations in Kampala and note the correct prices.

The app is particularly useful when there are delivery delays. It sometimes happens that gas transporters get stuck in Kenya or on the border, resulting in a shortage in Uganda. But now, instead of wasting gas by driving around looking for a station that still has a few liters, all drivers have to do is check out Mafuta-Go.

The classic camera is in retreat, but Smartphones, apps and digital cameras are making up for it – particularly in Germany. At Photokina, the world’s largest photography trade fair, you can tinker with all of them. (17.09.2012)

Life hasn't been the same in Kenya since phone provider Safaricom introduced M-Pesa in 2007. The mobile phone-based money transfer system is the most popular on the African continent. (12.09.2012)

Armed robbery in Ghanaian cities is on the increase. The capital city Accra tops the list. Now a software company has developed an SMS-triggered alert system to reduce the number of robberies in the country. (05.09.2012)