The classic camera is in retreat, but Smartphones, apps and digital cameras are making up for it – particularly in Germany. At Photokina, the world’s largest photography trade fair, you can tinker with all of them. 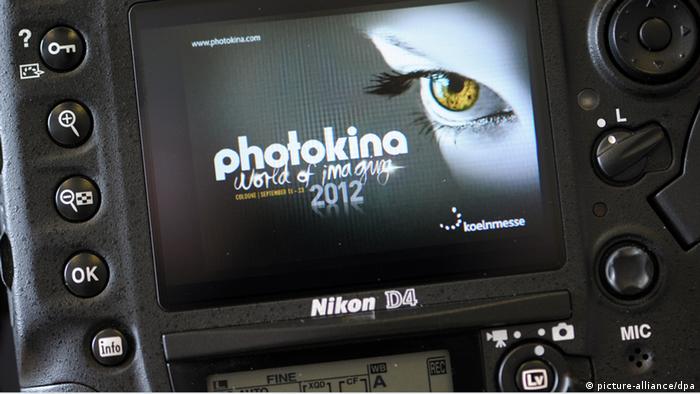 Private and professional consumers in Germany are projected to spend well over 20 billion euros ($26 billion) on photography in 2012. Amateur photographers will account for 17.5 billion of those sales, according to the prognosis. Related businesses such as recording devices, accessories, and image processing are also prospering.

"Today we have the kind of product diversity and sheer volume that hardly any other branches can offer," said Christian Müller-Rieker, director of the The Imaging Association, a photography trade group in Germany. "Just take the current trends, for example, such as mobile imaging, apps, cloud computing, movies, connectivity, interactive and living pictures." 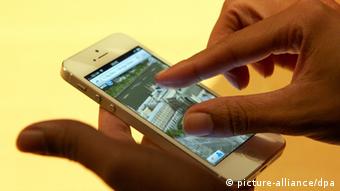 New networking capabilities, social networks and cutting-edge accessories guarantee, in Müller-Rieker's opinion, even more value for the sector. As the photo market expands and varied technologies and media overlap, the lines between individual markets fade.

As a whole, the industry is profiting from consumer confidence in the German economy, robust employment and high income levels - all of which boost private consumption, according to Müller-Rieker. Photokina 2012, with its smorgasbord of gadgets and novelties, aims to further raise consumer demand in the photography sector.

How the business might progress can be seen, for example, with apps for mobile phones. In the app store for Apple's iPhone alone, 9,000 photo and video apps are currently available, said Müller-Rieker. A similar number should be available soon on Android devices. Given the 100,000 or so developers currently feeding the craze worldwide, the app barrage has no end in sight. 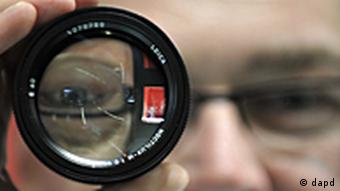 A visitor at Photokina peers through Leica's handiwork

Beyond sales, however, apps also generate income through advertising. General mobile app sales should reach 100 billion dollars by 2015, according to official prognoses. In 2011 that meant revenues of 200 million euros for Germany, with a tally of perhaps 350 million by the end of 2012 expected. How much of these revenues will come from photo-related apps cannot be said with any certainty. Defining what constitutes photography, says the photo industry, is more difficult than ever.

"Let's take the smartphones, or the ‘standby-camera.' Smartphones guarantee new add-on possibilities, especially in relation to mobile imaging or via social networks," explained Müller-Rieker. New services are added daily. To quantify these add-ons is not possible, he admits, due to the multi-faceted nature of what's on offer.

In terms of photo industry revenues, however, DSLR (digital single-lens reflex) cameras still play a large role. Sales in are up one percent in 2012, to nearly one million units. The handheld digital camera system, still a relatively new product, is in second place at 180,000 units sold. Both have become more expensive. The average price for a DSLR camera has increased in the last twelve months by 70 euros, to 700 euros. At 530 euros, a compact digital camera system is now 60 euros more expensive than one year earlier.

Photo albums off and running 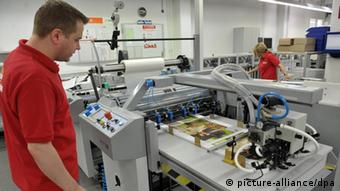 An employee monitors the production of a photo album

Individually generated photo albums have, since their introduction in 2005, turned out to be the photo-related sales surprise. In 2011 alone 6.4 million were sold, an increase of more than 12 percent on a year earlier. Nor do they show any signs of tapering off. An increase of 4.7 percent is expected for 2012, for total sales of 6.7 million photo albums - in Germany alone.

More than other groups, users of DSLR cameras and compact digital cameras tend to order photo albums to present their own pictures, sales analyses show. "With increasing sales in these camera areas, the photo album market is bound to see higher profits," said Müller Rieker.

Nearly every consumer countrywide owns at least one camera device, with many using more. Approximately 34 million camera devices were sold in 2012, with consumers tending to buy a new camera every three years - or five, at the latest.

The industry has high hopes for the newly introduced so-called "Action Cam", which is affixed to the top of a helmet to record outdoor activities such as motor sports or skateboarding. 150,000 of these cameras are expected to be sold in 2012.

Photokina, which takes place in Cologne every two years, will run from September 18 to 23. Approximately 1,160 vendors from 41 countries have signed up, with China alone accounting for more than 200 vendors. In addition to new cameras and smartphones, one of the trade fair's spotlights will be on technologies that transmit photographs wirelessly.

Why more photographers Leica it

Late to digital and nearly bankrupt, Leica has refocused. The picture of the legendary German camera maker is now as sharp as ever. Deutsche Welle spoke with Leica CEO Alfred Schopf about the company's comeback. (11.10.2011)

Bumper sales of its new Galaxy S3 smartphones have bolstered Samsung's position as world mobile phone leader. In addition, higher sales of PCs and TVs have powered the South Korean firm to a record profit. (27.07.2012)