With Gadhafi and his troops now finally defeated, NATO's intervention in the skies above Libya appears to have been a success. But the mission was risky, and may not be a good model for the future. 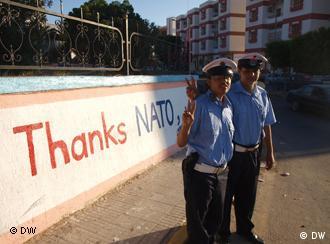 There were thanks for NATO, both during and after the war,

A nation is free and former Libyan leader Moammar Gadhafi is dead; now that the rebels have taken power in Tripoli NATO no longer sees a role for itself in Libya.

After seven months, the alliance is to wind up its operations. At the same time, the United Nations mandate for intervention to protect civilians has been withdrawn.

"Our military task is now complete," said NATO Secretary General Anders Fogh Rasmussen. The UN mandate no longer applies, now that what appears to have been one of the most successful missions in the history of the alliance is complete - albeit tempered by the mystery surrounding the dictator's death and the subsequent public display of his corpse. 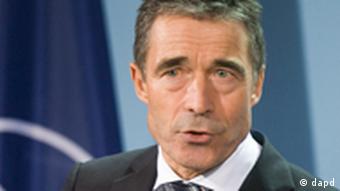 Rasmussen said that the alliance's task was complete

And yet, said French Foreign Minister Alain Juppe, it was never the goal of NATO to kill Gadhafi. "Our goal was to force him to stand down," he said.

Of the 28 alliance members taking part, only 12 were directly involved - led by Britain, France and the United States. Germany did not vote for the mission in the UN Security Council, something that has proved to be a source of irritation among the allies.

NATO aircraft flew 26,000 sorties over Libya since the end of March, allowing NATO to enforce the No-Fly Zone and bomb Gadhafi's troops and weapons caches - paving the way for the rebel takeover. Not a single NATO soldier was killed during the mission, although the number of fighters killed on the ground in the fighting between the sides remains unclear. It could be tens of thousands.

Without doubt, the NATO mission in Libya appeared to be great success from a military point of view, according to Thomas Jäger, Professor of International Politics at the University of Cologne, Germany.

"Politically, however, it appears quite different," he told Deutsche Welle. "The Libya resolution has caused a deep rift between those who were in favor - Britain, France and the USA - and those who abstained from the Security Council vote such as Brazil, China, India, Russia - and Germany." 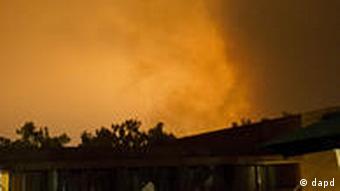 In addition, the European Union has good reason to feel embarrassed, as it once again failed to speak with one decisive voice. "The EU was not in a position to deal with a crisis right there on its own doorstep," he said. "The mission will exert a heavy diplomatic price."

In any case, Jäger contends, the NATO operation over Libya should not be seen as a model for the future. Clearly, not all missions can be conducted from the air with relatively low risk and without ground troops. According to the former US defense secretary Robert Gates, the Libyan operation had made the problems of NATO particularly visible.

There were some NATO states, he said, that were prepared to shoulder their share of the burden and the risks of operations. Then, Gates said, there were others that wanted the benefits, but none of the risks.

Jäger sees a further problem in that, as he argues, NATO overstepped the UN mandate. UN Security Council Resolution 1973 authorized "all necessary measures" to protect the civilian population of Libya from attacks by Gadhafi's troops. 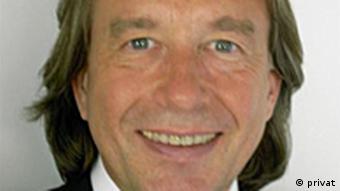 Jäger is not entirely convinced that the mission will have positive outcomes, on balance

However, there was little secret that some in the alliance wanted no less than to see Gadhafi driven from office. On April 15, The Times newspaper in Britain, Le Figaro in France and the Washington Post in the United States carried a piece from British Prime Minister David Cameron, French President Nicolas Sarkozy and US President Barack Obama. "Gadhafi must go, and go for good," it said. With that, a war aim had been formulated that had never been part of the UN agenda.

Germany's refusal to take part in the mission militarily had, in substance, been justified, said Jäger.

And, although it all turned out for the best in the end, he concluded, no-one could have predicted the outcome of the action.

The debate over whether NATO's mission in Libya was a clear success for the much-maligned alliance, whether it covered up its failings and whether it exceeded its UN mandate in favor of regime change has already begun.

After abstaining from the UN vote on the no-fly zone over Libya and opposing NATO's military intervention, Germany faces an inquest over allegations that its spies were involved in tracking Colonel Gadhafi. (28.10.2011)

World leaders have hailed the end of the Gadhafi regime but have warned that the road to recovery will be long. Former Libyan leader Moammar Gadhafi was shot dead Thursday after being captured in his hometown Sirte. (21.10.2011)