Mexican attorney general Jesus Murillo Karam has said there is "no doubt" that the 43 Mexican students who went missing in September were killed and incinerated. He said the students had been mistaken for a rival gang. 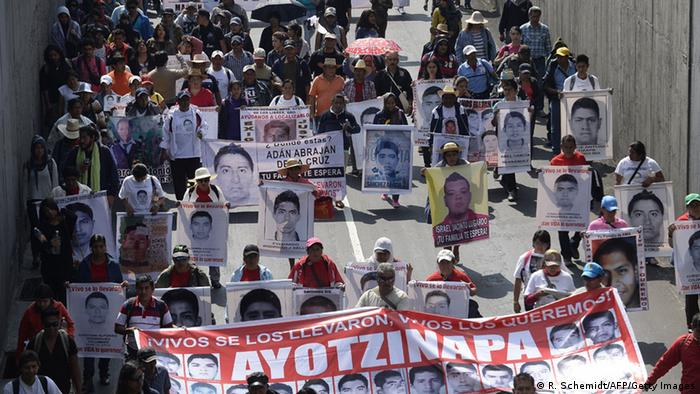 Jesus Murillo Karam said at a press conference on Tuesday that his announcement was based on 386 declarations from interviewees, 16 police raids and two reconstructions.

"The evidence allows us to determine that the students were kidnapped, killed, burned and thrown into the river," Murillo Karam said.

The attorney general's office also said that the students, who studied at a nearby leftist teacher training college, were murdered on the orders of a drug cartel who mistook them for members of a rival gang known as Los Roja.

So far, the remains of only one student have been identified at a laboratory in Innsbruck, Austria. Murillo Karam said that the bodies of the remaining 39 students had been destroyed to such an extent that it was difficult to identify them.

Murillo Karam's confirmation of the students' deaths came just a day after thousands of people demonstrated in Mexico City, exactly four months since they went missing, demanding for them to be returned alive.

The students disappeared on September 26 after they were allegedly abducted by police in Iguala. Authorities suspect the former mayor of the city of Iguala, Jose Luis Abarca, of ordering the kidnappings.

Abarca and his wife, Maria de los Angeles Pineda, have been in custody since November. Since then, Pineda has been charged with organized crime and money laundering.

Abarca currently stands accused of ordering police to prevent the students from staging a protest at an event hosted by Pineda with authorities alleging that police handed the group over to the Guerreros Unidos drug gang - of which Penida's brothers are thought to be members.

Germany: Migrants smuggled between tree trunks on truck 40m ago