Minimum wage not enough for single parents | Germany | News and in-depth reporting from Berlin and beyond | DW | 13.04.2017

The German government has admitted that the country's minimum hourly wage is not enough to cover the costs of a single parent working full-time. Still, there are no plans to raise it. 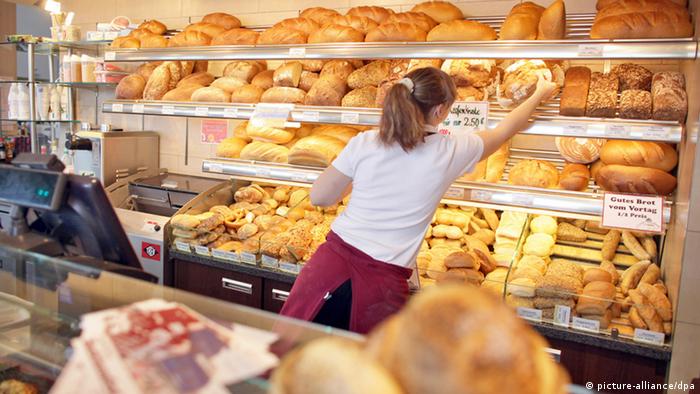 Nine out of ten single parents working full-time on the minimum wage do not have enough to cover living costs, the German government has admitted, in an answer to an official question put by the opposition Left party.

The detailed answer from the German Labor Ministry (sent to DW by the Left party) shows that a single person working a 38-hour week on the minimum wage of 8.84 euros ($9.38) will end up earning 1,444 euros a month.

After tax, social insurance contributions, and living costs have been deducted, they would be left with 339 euros for rent and heating. That, according to official statistics, would be just about enough to cover the average costs of someone living alone (338 euros), but considerably less than the costs of a single person with a child under six (457 euros).

In fact, the government stats revealed that 87 percent of single parents with a child under six at the lowest end of the income spectrum (a stat that includes some 109,000 households) need more than 339 euros for rent and heating.

"People working full-time on the minimum wage can't cover the most basic needs like a roof over the head," the Left's deputy parliamentary leader Klaus Ernst said in a statement condemning the admission. 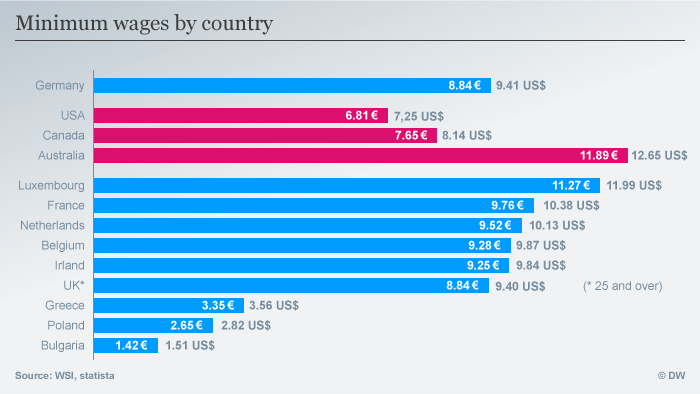 When the minimum is not enough

Germany's minimum wage first came into effect in January 2015 at 8.50 euros an hour, and was raised to 8.84 euros on January 1, 2017. But the socialist Left party has called for a higher rate - of 12 euros an hour (which would be the highest in Europe). This would "curb the low wage sector in Germany, get working people out of transfer benefits, and make it possible for people to secure a pension above the basic minimum," said Ernst.

He added that a 12-euro minimum wage would strengthen the hand of trade unions during wage negotiations and so "steer the general development of wages onto sensible and fairer tracks."

In response to a request for comment, the Labor Ministry sent DW a statement pointing out that the minimum wage had successfully protected "millions of employees." The ministry also said the minimum wage is reassessed every two years by a special commission of "tarif partners" who look at a variety of criteria, including "minimum protection for employees, fair and functioning competition conditions, and effects on labor."

But the newly-released figures also show that 1.18 million working people in Germany are still dependent on some state benefits to make ends meet - including people in part-time work. That highlights another problem that has bedeviled Germany's minimum wage law, and caused much consternation among socialists - that some jobs, such as newspaper delivery, remain exempt from the minimum wage.

Not only that, a study released at the end of January by the trade-union-affiliated Hans Böckler foundation concluded that people working in so-called "mini-jobs" - jobs that offer a maximum of 450 euros a month tax-free - are often forced to work for well below the minimum wage. That includes some 7.4 million people - nearly 5 million of whom depend on a mini-job for their main source of income.

The government, the authors of the study said, was failing to track down companies and enforce the minimum wage - one in five "mini-jobbers" were having to make do with less than 5.50 euros an hour. 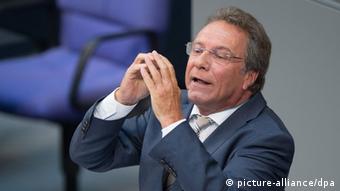 Nor is the overall picture getting better across Germany - a number of studies have shown that poverty and homelessness is rising in the country, despite strong economic growth. Most recently, a study released by an alliance of major charities found that the poverty rate had increased to its highest ever level: 15.7 percent of households in the country were below the poverty line in 2015 - even though Gross Domestic Product had increased by 1.7 percent in the previous year.

But despite the caveats, the German Trade Union Confederation (DGB) concluded at the end of last year that the introduction of a minimum wage in Germany has boosted wages in many industries.

In the 18 months after January 2015, the DGB found that wages increased by 3.9 percent across Germany, with the biggest increase in the teaching sector (24 percent), and the "arts, entertainment, and leisure" sector (9.7 percent).

Not only that, the DGB claimed that - despite the common objections from the minimum wage opponents - the minimum wage had not had a negative effect on the job market. Even in the sectors where the minimum wage is common, such as agriculture or the hotel business, there had still been an increase in jobs over the same period, the analysts found.

There was a similar picture across Europe: in almost all 22 European Union countries that have set a minimum wage, there was an increase in wages over the past year, the Hans Böckler foundation said in February 2017. The only exception: Greece, where the EU's austerity measures have forced public sector savings and prevented the minimum wage being increased.

Millions of Germans are being cheated out of their right to a minimum wage, a new study has shown. Trade unions say the authority for enforcing the 2015 law is chronically understaffed. (30.01.2017)