50 years ago, Milton Obote suspended Uganda’s constitution and declared himself president. This was a turning point in Uganda's history and still marks the country today. 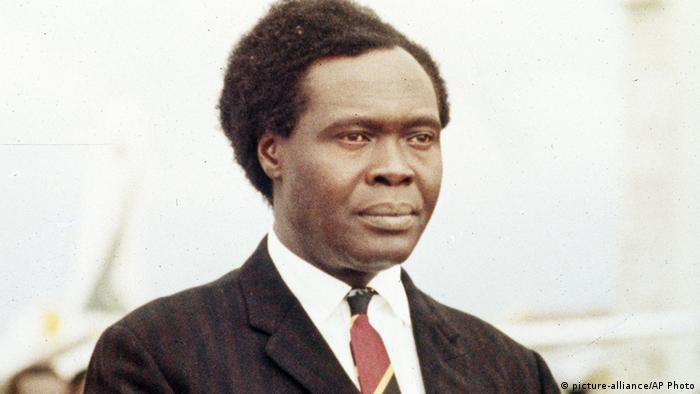 Whether it's incumbent President Yoweri Museveni or the reign of terror of Idi Amin, Uganda's history is marked by leaders who usurped power with the help of the military. Kizza Besigye, a leading contemporary opposition politician, has often denounced the fact that since independence, Uganda has never witnessed a peaceful change of power.

The foundations for this were laid by another Ugandan ruler, Milton Obote. 50 years ago - on April 15, 1966 - Obote suspended the Ugandan constitution and proclaimed himself president. By so doing, he deposed Edward Mutesa II, who was at the time king of the Baganda ethnic group and president of a united Uganda.

Rise of the Baganda

The Baganda were the preferred ethnic group of the British colonialists. When Winston Churchill was Undersecretary of State for the Colonies (1905-1908), he came to regard the Banganda as a civilized people, Zurich-based historian Frank Schubert said. "Based on this understanding that the Baganda are somewhat special, the Bagandan elite later established their claim to power," Schubert told DW.

Milton Obote was a Langi from northern Uganda. He opposed this claim to power by the Baganda and, with it, the inheritance of the colonial era. With a nationwide coalition known as the Ugandan People's Congress (UPC), he succeeded in gaining a majority in parliament.

Unlike President Mutesa, who embodied the continuation of the colonial tradition, Ugandan contemporaries saw in Obote the chance for a new beginning. His political course was influenced by a visit to Kenya where, alongside Jomo Kenyatta who would later become president, he advocated a new African awakening. 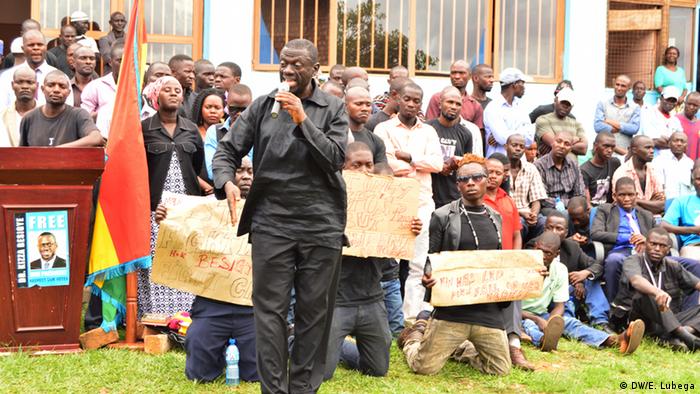 There has been no peaceful handover of power since independence, says opposition leader Besigye

The legacy: a militarized state

The optimism that thrived in Obote's early years has kept alive the legend of him as an independence hero, at least among his companions in arms and members of the UPC party. When former Foreign Minister Olara Otunnu vied for the presidency on a UPC ticket in the 2011 election, he painted Obote as a hard-working man of intellect, with great humor, who tried to bring together the various ethnic communities in the country.

However Obote's fame did not match that of Patrice Lumumba of the DRC (formerly Zaire) or Kwame Nkrumah who led Ghana to independence from Britain in 1957 or other leading figures in African independence movements. Historian Frank Schubert attributes this to Obote's later years in power which were marked with bloody conflicts and violent repression.

According to Schubert, Obote's coup marked a a turning point in Uganda's history, "It had become very clear that the military had become a central institution for solving internal political problems - and that political leaders like Obote would not shy away from using military force at whatever cost."

Since then, Uganda's political history has been marked by coups that did not always result in civilian governments. In 1971 Idi Amin, who was once Obote's protegé, overthrew Obote who went into exile in Tanzania. From there, he fought back and returned to power in 1980 - only to be deposed again five years later by another protegé - current President Yoweri Museveni.

Obote fled again to Tanzania and then to Zambia. He died in South Africa in October 2005

Like Obote, President Yoweri Museveni - who emerged from Obote's UPC's youth organization -employed polarizing tactics but in a different way. 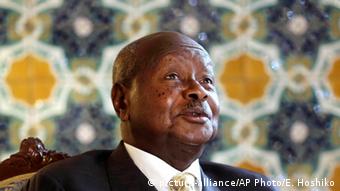 His National Resistance Army (NRA), which was made up of rebels mainly from the west, eventually prevailed against the Ugandan National Liberation Army (UNLA), which was almost exclusively made up of Langi and Acholi troops from the north.

Since taking power in 1986, Museveni has managed to create a stable system that has secured him power for decades. His tactics were very similar to those of Obote; he used the fight against the northern rebel group, the Lord's Resistance Army (LRA) to pit communities in northern Uganda against each other. He has also regularly increased the budget of the army.

Like Obote, Museveni has given his soldiers free rein, despite accusations that the army had committed massacres in the north. The Ugandan army has recently been involved militarily in Somalia, South Sudan and the Central African Republic. This has given Museveni an excuse to keep on increasing Uganda's defense budget. The publication "Africa Confidential" reported that Uganda will spend a total of $460 million (407 million euros) in the 2015-16 budget for its security apparatus.

Uganda's election commission has declared Yoweri Museveni the winner of the presidential elections. His opponent Kizza Besigye was reported to have won 35 percent of the votes. (20.02.2016)

Police in Uganda have raided the headquarters of a key opposition party and detained a presidential contender. Vote counting continues. Ole Tangen in Kampala says the police presence is heavy, the mood tense. (19.02.2016)

With an election looming, President Museveni is saying he wants to help the countries of East Africa draw closer together under a federation. DW asked analyst Christopher Kayumba how Uganda's neighbors are reacting. (11.02.2016)