The discovery of the "Walking Horses" from Nazi sculptor Josef Thorak has raised the question of how to deal with the art and culture legacy of Nazi Germany. 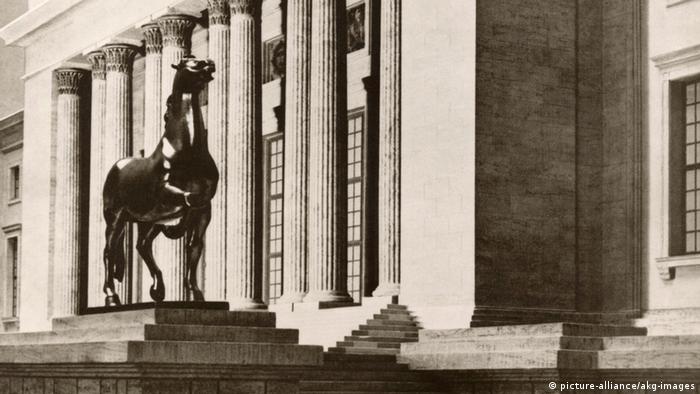 On Wednesday, investigators from the Berlin State Office of Criminal Investigation landed a spectacular coup. In a large and dramatic raid, which took place simultaneously in several states, they discovered a monumental cache of Nazi art stowed away in a warehouse in the Rhineland-Palatinate town of Bad Dürkheim. Among the discovered items were the immense bronze horse statues by Josef Thorak, sculptures by Fritz Klimsch and a five-by-10 meter large relief by Arno Breker. The artists were among the favorites of Adolf Hitler.

As opposed to art commandeered by the Nazis, this was art created for - and sometimes by - the party for the purpose of propaganda. It remains unclear what will become of the artworks retrieved on Wednesday - whether they will remain in police custody, be passed on to the state, or claimed by heirs of the artists - but their discovery raises many sensitive issues. 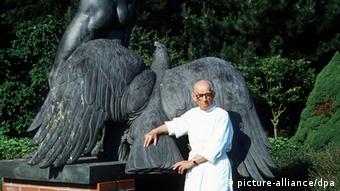 Master of the monumental: Arno Breker in 1985

The works uncovered in Bad Dürkheim were most likely intended for resale on the black market, as Nazi art remains somewhat taboo on the official market, art historian Christian Fuhrmeister from the Institute of Art History, explains. "There is a demand for the works, which were created for the Nazi state for representative purposes, or shown in the 'Great German Art Exhibition' [in 1937] in the Haus der Deutschen Kunst in Munich," he says.

"There are some private collectors in Germany. In the USA or in Russia, there are people who are enthusiastic about it. One cannot get to these works." For art historians, it is virtually impossible to track down lost works of Nazi artists. "This is akin to classic detective work," he says.

Nazi art is, of course, a very broad term - including classical propaganda works, such as glorifying sculptures of workers or frontline soldiers, as well as a plethora of more harmless flower still-life paintings, representations of animals, portraits of industrialists' wives and landscapes.

"The universities and the field of art history largely have not dealt with Nazi art," Fuhrmeister said. Nazi art has traditionally been taboo, in terms of research, he added. "There are accusations that everything was kitsch, or others say it was just propaganda. In no way was it art."

The complex situation has meant that Nazi art has only been dealt with very reluctantly in previous decades. Only in recent years have art historians begun to gain a more in-depth knowledge of the art of this period.

"Hiding is no option" 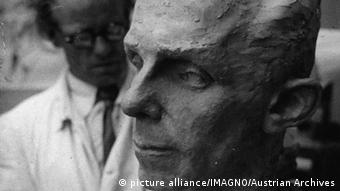 Josef Thorak working on a sculpture portrait of Josef Goebbels

How do you deal properly with Nazi art? "Hiding is no option," Fuhrmeister said. What was hidden could start fascinating people and create myths and legends around it. "What we need is a demystification, which came with the demonization," added the art historian. Most people associate Nazi art primarily with pictures that glorify National Socialism; however, propaganda, war and the military only account for three percent of this art.

In the Pinakothek for Modern Art in Munich the issue has already been decided: Nazi-era art is on-show. In the current exhibition "Contra(ry) Art: 'Degenerate Art' - Nazi Art - Collecting After '45" the museum juxtaposes art deemed by the Nazis as "degenerate" with examples of art commissioned by the Nazis themselves. However, the Nazi sculptures and paintings are presented more as historic documents as opposed to works of art. The exhibition includes works by Adolf Ziegler and Josef Thorak, the sculptor of "Walking Horses."

Research is still in its infancy 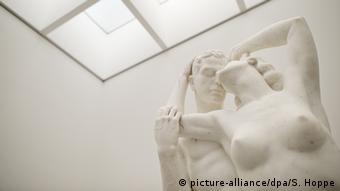 In its form, the exhibition in Munich is reminiscent of the "Great German Art Exhibition" of 1937, which pitted the so-called degenerate artworks against works approved and admired by the regime. Rather than letting Nazi art gather dust in storage, the Pinakothek believes we need to deal with Germany's contemporary history, however uncomfortable.

"Just as the case of Cornelius Gurlitt has promoted new research, perhaps also the interest in these newly resurfaced artworks will enhance discussions about the art of the 1930s and 1940s," Fuhrmeister states. "70 years after the war ended we are, in many ways, only just beginning the study of art in Nazi Germany."