Militants have overrun the Iraqi city of Tikrit, after seizing the northern city of Mosul. The mounting rebel offensive has also closed in on an oil refinery and triggered international concern. 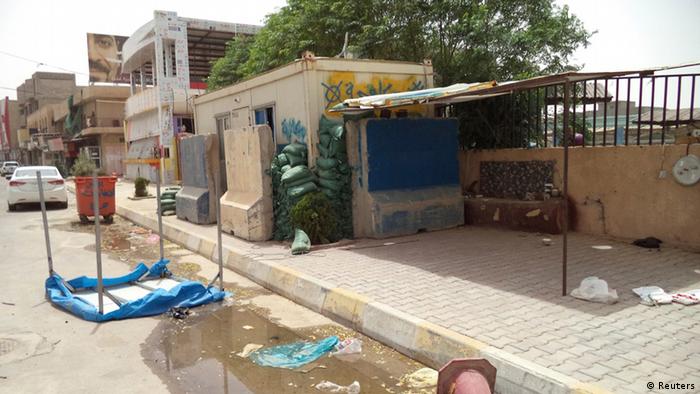 Fighters from the Islamic State in Iraq and Syria (ISIS) swept through Tikrit on Thursday, prompting the air force to be called into action. Security officials told media the militants drove more than 60 vehicles into the city, the home town of former dictator Saddam Hussein, occupying provincial government headquarters.

Tikrit, which lies 170 kilometers (105 miles) north of Baghdad, is the second city to fall after the al Qaeda splinter group seized Mosul late Monday. The capture of Mosul prompted as many as 500,000 residents to flee the city, home to some 2 million people, and the surrounding area.

After taking Tikrit, the offensive moved south down the main highway towards Baghdad, where militants and security forces battled on the northern outskirts of Samarra, just 110 kilometers from the capital. The security forces responded with airstrikes in an attempt to keep the rebels from entering the city, according to state television.

ISIS fighters also advanced overnight on Baiji, the site of Iraq's largest oil refinery. The militants reportedly drove into the town and torched the courthouse and police station before freeing prisoners. They later withdrew to the surrounding area after tribal leaders convinced them not to take the energy facilities, officials and local residents told media.

The ISIS have been seizing territory in Iraq over the past year, capturing a string of Sunni Arab towns where there is resentment for Prime Minister Nuri al-Maliki's Shiite-led government. The militants said in a statement on Twitter they would "not stop this series of blessed invasions" that has seen them take control of 10-15 percent of Iraqi territory, excluding Iraq's largely-autonomous Kurdish region.

"There has to be a quick response to what has happened," he said while on a visit to Greece, adding that Baghdad would work more closely with Kurdish authorities after Iraqi security forces fled there on Tuesday.

Maliki renewed in a weekly address his call for civilians to take arms against the insurgents. He urged residents of Nineveh province, where Mosul is located, "and its tribes to stand with the army and police."

In Mosul, Iraq's second-most populous city, the militants took some 80 Turkish citizens hostage, the foreign ministry in Ankara said. The Turkish government threatened to retaliate if any of the group were harmed. NATO ambassadors held an emergency meeting in Brussels at Turkey's request.

Both the US and Iran have offered support to the Iraqi government to help combat the ISIS.

State Department spokeswoman Jen Psaki said Washington was committed "to working with the Iraqi government and leaders across Iraq to support a unified approach against [ISIS'] continued aggression."

Iran's Foreign Minister Mohammad Javad Zarif, meanwhile, said his country "offers its support to the government and people of Iraq against terrorism."