Mikheil Saakashvili, Georgia's former president and founder of Ukraine's opposition United National Movement, wants to save Ukraine. But is the now-stateless politician the right man for the job?

"The country is in deep trouble. Ukraine might disintegrate and I am very worried about that," Mikheil Saakashvili told Tim Sebastian in an exclusive interview on DW's Conflict Zone.

"This country needs transition. Ukraine needs to be rescued. Ukraine is the biggest country in Europe and it's right now failing."

But is Saakashvili the right man for the job?

A poll last September by the International Republican Institute showed that 70 percent of Ukrainians had either a somewhat unfavorable or very unfavorable view of him.

Confronted with these stats, Saakashvili said:

"Let me say Ukrainians right now hate all the politicians."

'These guys don't want me here' 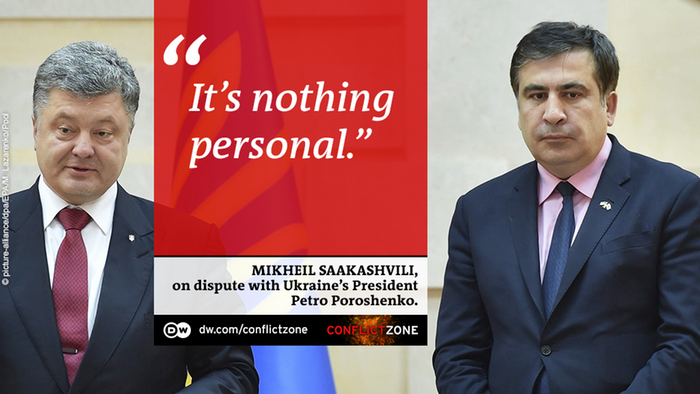 Saakashvili is currently locked in a battle with the Ukrainian President, Petro Poroshenko, who is an old friend of his from their university days in Kyiv. Saakashvili has been accusing Poroshenko of corruption and has called for his impeachment.

He is convinced that Poroshenko and the Ukrainian government want to get rid of him in return.

"Let's say the government is doing all kinds of bizarre things because since one year they have been involved in all kinds of manipulation to squeeze me out of the Ukraine," he told Tim Sebastian on Conflict Zone. "These guys don't want me here. Period."

'It’s a clique of thieves'

Saakashvili was Georgia's president for nine years and spearheaded the country's "Rose Revolution" in 2003.

After Poroshenko became President of Ukraine, he invited Saakashvili to become governor of Odessa. The southern Ukrainian region with the Black Sea port is one of the country's most corrupt. After taking the job, Saakashvili applied for Ukrainian citizenship. 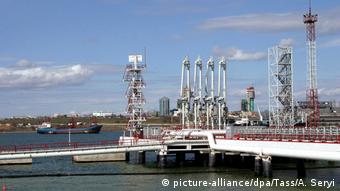 Saakashvili was the governor of Ukraine's Odessa region for 18 months

But after only 18 months, he resigned, saying his former patron had blocked efforts to fight high-level corruption. Saakashvili has yet to provide irrefutable proof of his charges of personal corruption by Poroshenko and other Ukrainian oligarchs.

"The whole clique – it's a clique if thieves," he said on Conflict Zone.

After leaving the Odessa governor's job, Saakashvili founded a new opposition party in Ukraine, the "United National Movement", saying he wanted to establish a new political class in Ukraine and change the rules of politics.

In December 2017, Saakashvili was detained on allegations that he conspired with Moscow-linked businessmen in an attempt to topple Ukrainian President Petro Poroshenko. Saakashvili calls the charges ludicrous.

Tens of thousands of supporters took to the streets of the Ukrainian capital of Kyiv, demanding Saakashvili's release from jail and calling for the impeachment of the Ukrainian president. Saakashvili called the protests a sign of people still supporting him.

"Never since Maidan has anybody mobilized such large crowds in the streets of Kyiv as we did in December," he said on Conflict Zone. 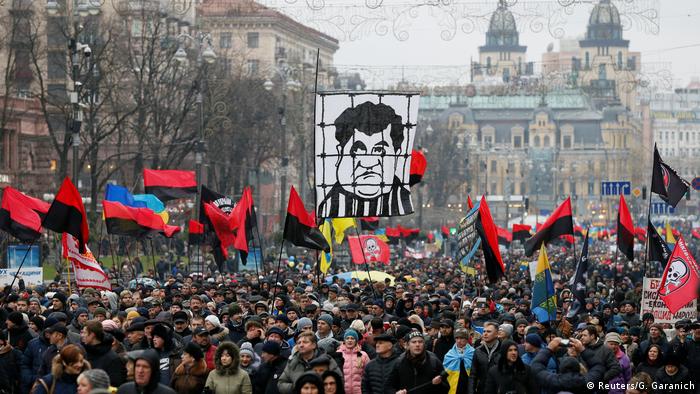 Tens of thousands of people rallied in the streets of Kyiv, calling for Saakashvili's release

Saakashvili is currently still residing in Ukraine, but he could be deported to his home country of Georgia any day. And that would mean he'd likely go to prison there, as a Georgian court recently sentenced Saakashvili to three years behind bars for abusing power as the head of state.

As Georgian President, Saakashvili pardoned four police officers who were convicted of murdering banker Sandro Girgvliani. According to the court, the pardons were part of a deal to cover up evidence surrounding the killing.

Saakashvili has denied the allegations. 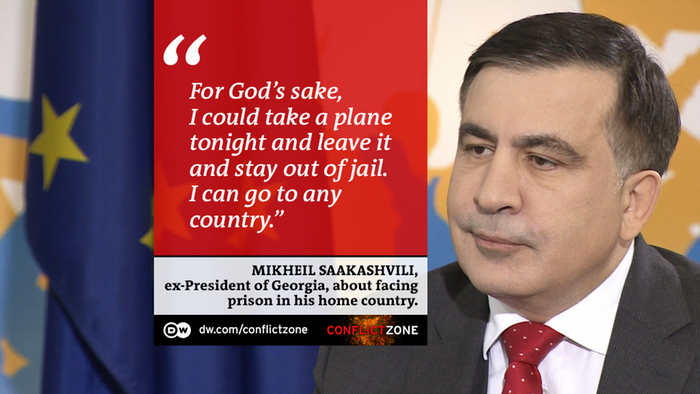 Saakashvili doesn't seem to be too worried that he'll end up behind bars.

"I could take a plane tonight and leave it and stay out of jail. I can go to any country," he said on Conflict Zone.

So why doesn't he just do that?

"Because oligarchs are winning in Georgia, in Moldova, in Ukraine, and all around the world and we cannot give in," he said.

"These guys are humiliating people. They are corrupt. They are killing the prospects and the future for this country. Ultimately, they'll blow up this country because the country will disintegrate. And I cannot sit somewhere in the Netherlands [Saakasvili's wife is Dutch] and look at it quietly. I just cannot do it."