Middle East a key focus of US-Russian talks | World | Breaking news and perspectives from around the globe | DW | 08.11.2013

In an interview with Deutsche Welle, Russian Deputy Foreign Minister Alexei Meshkov stressed the importance of Iran and Syria for peace in the Middle East and for the mutual security of the Euro-Atlantic region. 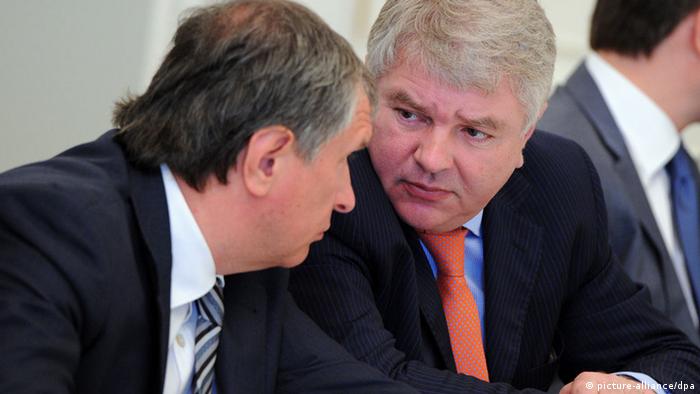 Meshkov (right) thinks the bloodshed in Syria can stop

DW: Building mutual security in the Euro-Atlantic region also means making progress in the area of nuclear disarmament. US President Obama made some proposals in his Berlin speech. What would be the next steps on this?

Alexei Meshkov: We have to look at all these issues with a comprehensive approach. We and the United States have already made progress. But there are other nuclear powers and today there are many types of weaponry comparable to nuclear weapons. So, I think that we need to have a new comprehensive view on all the arms control issues together.

The US and Russia have been cooperating on the Syria crisis. From your point of view, what are the next steps for Geneva II [Middle East peace conference]?

Consultations on convening Geneva II are taking place, they just had a technical meeting in Geneva yesterday and the day before. I am sure that before we manage to convene Geneva II, we will have the possibility to stop the bloodshed in this country.

Do you have proposals or visions for that?

Our mediators are negotiating together with American colleagues and with the United Nations. As you know, the government of Syria formed their negotiating command but it is very important for the opposition to be really represented if they are to go to Geneva. Without preconditions.

Iran and the nuclear question are also on the table. The US Senate is discussing additional sanctions they want to impose on Iran. What's the Russian position? 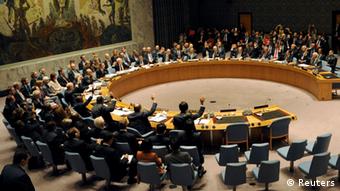 We have to work hard today, together with our partners and together with Iran, to make a real breakthrough on this issue. In the forthcoming weeks we will have another meeting in Geneva on these issues. There were very important positive signs in recent weeks, and it's important to move forward.

Do you think additional sanctions would be counterproductive, or would you tolerate them?

The Russian position is very well known. We accept only those sanctions which are approved by the UN Security Council. We are definitively against unilateral sanctions.

Germany is negotiating with the European Union, with Ukraine, with Georgia and with other states over an association treaty. Russia is opposing this - why, and what does it mean for the German-Russian relationship?

As far as I understand, it's not Germany, it's the European Union …

… but Germany is a leading country of the European Union …

… I know that. And no, we expressed our position openly. We are not against these agreements in principle. But Ukraine, for example, is currently a part of the CIS, the free trade zone of the Commonwealth of Independent States [former Soviet countries]. The association agreement creates a free trade zone between Ukraine and the EU and this should not happen without our consent. We are not ready, as we have said, to adopt the norms negotiated with Ukraine. So we'll need to have a close look at how it might affect our economy and take the appropriate measures.This is purely an economic issue; it is not about politics. We have to protect our economy.

Alexei Meshkov has been Russia's deputy foreign minister since December 2012.

The optimism over nuclear diplomacy with Iran has led to speculation that the West could also come to an agreement with Tehran on Syria. But analysts are cautious about such deals. (02.11.2013)

Despite the general belief that Syrian Christians are backing President Assad's regime, there are many who are siding with the opposition. DW travelled to Qamishli, in northeast Syria, to speak to one of them. (30.10.2013)