Almost nine years after seven-time drivers' champion Michael Schumacher ended his racing career, his famous surname is back in F1. Michael's son Mick, the F2 champion, is set to make his debut in Formula 1. 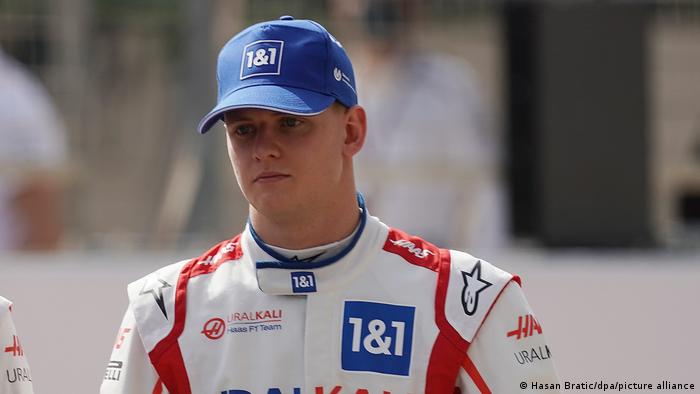 Mick Schumacher is bringing one of the racing world's biggest names back to Formula 1. The son of record world champion Michael Schumacher is looking forward to following in his father's footsteps as he makes his debut for the US-based Haas team this season.

"I've dreamed of being one of those 20 drivers for 15 years, ever since I was a kid," says Mick Schumacher, who marks his 22nd birthday this Monday.

A last name that resonates

The name Schumacher alone means expectations are already high for Mick, and Liberty Media, the American entertainment company are rubbing their hands in anticipation. Chase Carey, former CEO of the Formula One Group has described the return of the Schumacher name to F1 as a "great story" that touches the hearts of many fans.

"The whole series will benefit from this," said Stefano Domenicali, who has replaced Carey as F1 CEO. He described Mick Schumacher "an asset" even before Michael's son has completed a single F1 lap.

"It's great to see Mick in Formula 1," the former Ferrari team boss and longtime friend of Michael told sport1.de. "He deserves the promotion, he has improved in every way and has been successful everywhere. This shows that he has reached Formula 1 driver on his own, not because of his name."

In 2020, the then 21-year-old secured the title in Formula 2, where he drove for the Italian Prema team. As had been the case in Formula 3, where he clinched the European title in 2018, Mick Schumacher noticeably improved throughout his second year in F2.

A key factor in Mick Schumacher's development has been the close partnership between Haas and Ferrari, and the fact that Schumacher has been a member of Ferrari's junior academy since January 2019.

"He is in a long-term relationship with Ferrari and we will follow his development at all times, both as a driver and as a person," Ferrari team boss Mattia Binotto said in a statement from the automaker's drivers' academy.

Mick Schumacher has already demonstrated that he is capable of driving an F1 car. Last season, he made a decent practice debut for Haas in Abu Dhabi and also came out for the junior driver test following the season finale at the Yas Marina Circuit.

"The speed is insane, you can push hard and rely on the grip," Schumacher said. "It's just fun, I can't get enough of it."

Ferrari's B team – without a hope?

Schumacher's team only entered Formula 1 in 2016 and had a disappointing 2020, finishing second-last in the constructors' standings with just three points. Both Romain Grosjean and Kevin Magnussen have left and this season, the team is making a fresh start with Schumacher and another new driver, 22-year-old Nikita Masepin.

The Russian is sponsored by his wealthy father Dimitri and, like Schumacher, Masepin is set to make his F1 debut. Since neither the rules nor the cars have changed significantly for 2021, Schumacher and Mazepin's chances of success are bound to be slim. Schumacher's car will sport the number 47 and the legendary abbreviation MSC. Haas team principal Günther Steiner never tires of emphasizing that 2021 will be an apprenticeship year for the small U.S. racing team. 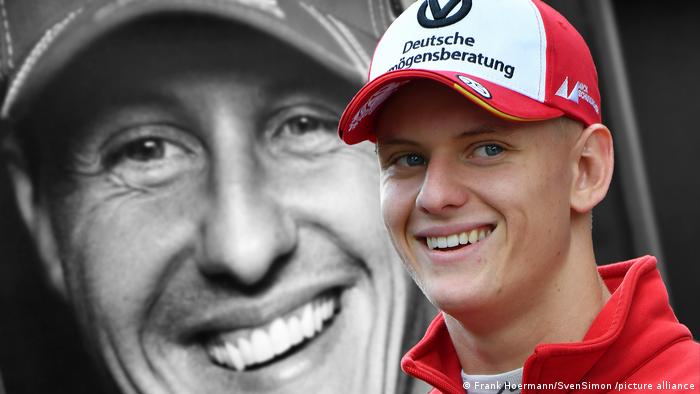 As the son of the legendary Michael Schumacher, Mick has big shoes to fill.

"Working with Mick Schumacher is an honor. It's very exciting. We have to give him the best material to work with, build him up and prepare him for a great future," Steiner said.

The plan is for Schumacher and Masepin to gain valuable experience in 2021 so that in 2022, when significant changes to the series' technical regulations are expected to be introduced, both will be in a position to compete for points on a regular basis.

Following in his father's footsteps?

"What I expect from myself is to perform at my best and continue to develop as a driver," Schumacher told the DPA news agency in an interview in which he also explained where the number 47 came from.

"Four and seven are my two favorite numbers. Since both were taken, I chose 47."

Following in his father's footsteps doesn't promise to be easy for the highly talented German, but he is being careful not to put too much pressure on himself in his rookie season.

"A lot of people's expectations need to be toned down a bit. We won't be in the mix to win races next year, even if I'd like to," said the younger Schumacher, whose father Michael won 91 F1 races and seven drivers' championships for Benetton and Ferrari between 1994 and 2004.