Pornographic, vulgar, sexist, racist - all these words have been used to describe Houellebecq's work. Yet some critics, and the author himself, have argued that this criticism is fundamentally misplaced. 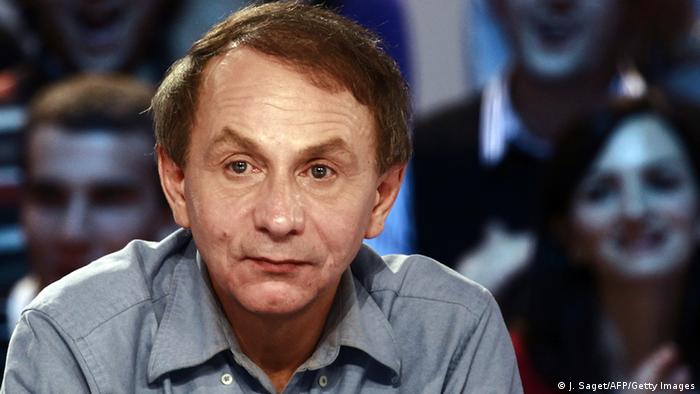 France's perhaps most famous, and certainly most controversial living author, Michel Houellebecq, releases his sixth novel on Wednesday. The book, entitled "Submission" (Soumission), tells the story of a near-future France where, for fear of electing real-life far-right leader Marine Le Pen, French voters put a candidate from a moderate Muslim party in the president's seat.

What ensues is a right-wing nightmare: women leave their jobs to look after their families (though this solves the unemployment problem), and universities become Islamic, and professors must convert or lose their jobs.

The novel has been decried as Islamophobic and promoting extreme rightist views, which is unsurprising for an author who once called Islam "the stupidest religion," and has been brought up on charges of inciting racial hatred. Though according to French international broadcaster France 24 he has since distanced himself from those views.

Houellebecq denied these accusations. In an interview with The Paris Review, he said that the book is not a provocation, and certainly not right-wing fear-mongering: "I accelerate history, but no, I can't say that the book is a provocation - if that means saying things I consider fundamentally untrue just to get on people's nerves," he told the literary journal. He also rejected the interviewer's suggestion that he had anything in common with Eric Zemmour, a French journalist who often comes under fire for promoting Islamophobia.

What rightists and Islamists have in common

In the same interview, Houellebecq praised the Koran and insisted that despite what rightists wish to believe, they have more in common with Islamists than they think, and that his alternative future was more concerned with a dangerous underrepresentation of Muslims in politics in France, which has the highest Muslim population in Europe, than a pessimistic prognosis of the future.

"You can't really describe this book as a pessimistic prediction," the author said. "At the end of the day, things don't go all that badly, really."

In an article for The Wall Street Journal, journalist John Vinocur also played down the hysteria surrounding the book, comparing it with Jonathan Swift's famous satire, "A Modest Proposal," in which the Irish writer proposed eating the poor as a means of solving both poverty and hunger. Vinocur argued that the "hullabaloo" - as he called it - surrounding the book is more a symptom of the overly politically correct left than Islamophobia.

Houellebecq refused to get caught up in the controversy in his Paris Review interview, which is not shocking for an author whose works have been described as pornographic and misogynistic - while still being award-winning bestsellers.