Michael Müller has been elected as the new mayor of Berlin by a significant majority. The Social Democrat politician replaces outgoing mayor Klaus Wowereit, who resigned having held the post for the past 13 years. 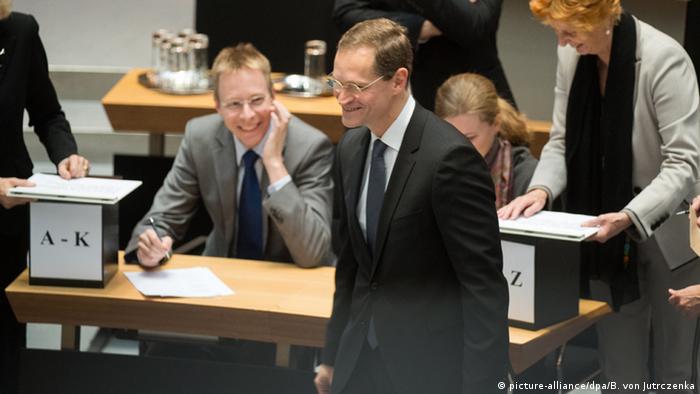 The parliament of the city-state of Berlin, which is know as the senate, elected the 50-year-old Müller with 87 votes for, 58 against and two abstentions. As the Social Democrats (SPD) and their coalition partners, the Christian Democrats (CDU) hold 85 seats in Berlin's senate, it was clear that at least two members of the opposition also voted for the new mayor, who was the only candidate for the post.

Müller was sworn into office shortly after the vote.

Prior to the Müller's election the president of the senate, Ralf Wieland read out outgoing Mayor Klaus Wowereit's letter of resignation. Wowereit, who had been the longest-serving head of a German state,announced his intention to step down back in August.

Up until becoming mayor, Müller had served as the German capital's urban development minister.

Müller had been chosen as by the SPD's membership back in October, taking more than 59 percent of the votes cast.

One of his first duties since taking office will be to host a conference of state premiers in Berlin on Thursday. One of the main topics of discussion is to be the equalization payments between the federal and state governments.