Berlin Mayor Klaus Wowereit has announced that he plans to step down before the end of the year. The center-left Social Democrat has led Germany's capital for more than a decade. 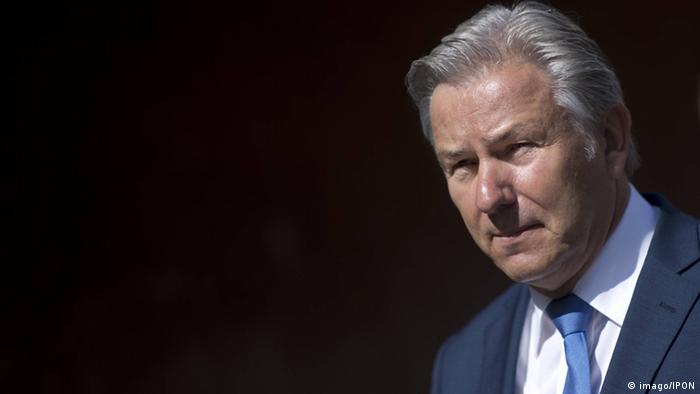 Wowereit told a news conference on Tuesday that he plans to resign as Berlin's mayor on December 11, after having held the post for nearly 14 years, making him Germany's current longest-serving head of a state government.

"This decision was not easy for me," Wowereit said. "There has been a lot of speculation recently about the question of the governing mayor's tenure. I have to admit that this discussion has also taken place within the ranks of my own party."

"I go voluntarily and I am proud of my contribution to the positive development of this city," he continued.

First elected mayor in 2001, Wowereit has governed Berlin with various coalition partners that ranged from the socialist Left party to the center-right Christian Democrats most recently.

He famously said that Berlin is "poor but sexy," coining an unofficial motto for a city that has attracted a vibrant alternative scene. During the campaign for his term as mayor, Wowereit came out, telling his fellow Berlin Social Democrats at a party conference, "I am gay, and that's a good thing."

The 60-year-old Social Democrat has come under fire as of late for repeated delays in the construction of Berlin's new international airport. The Berlin-Brandenburg Airport (BER) was originally scheduled to open in 2012, but estimates for the finish date now range from 2016 to as late as 2019. The project could cost more than 5 billion euros ($6.5 billion) by the end of construction.

According to the daily tabloid Bild, the chairman of the Berlin Social Democrats, Jan Stöss, will likely be tapped as Wowereit's successor.