Investigators from Mexico City say they will quiz the governor of Veracruz over the slaying of five activists. Victims had sought refuge in the capital city following political activity in the eastern state. 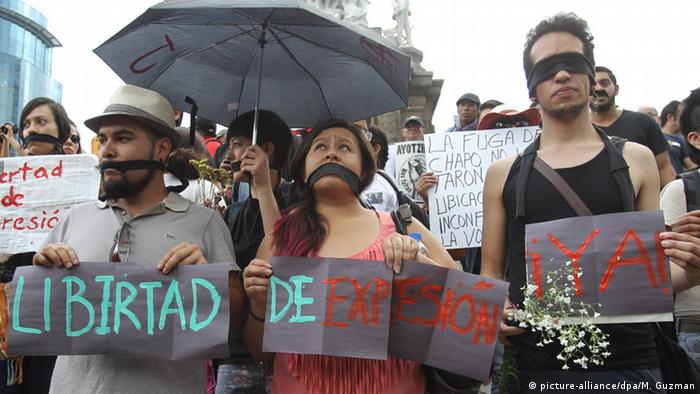 Officials from Mexico City's prosecutor's office will travel to Veracruz to question a state governor over his knowledge of the July 31 killings of four activists and a photojournalist in the capital, the city's mayor said Monday.

"I have commented to him (Governor Duarte) that we are required to take a statement directly from the governor," Mexico City Mayor Miguel Angel Mancera told reporters on Monday.

Nadia Vera, a Veracruz activist killed alongside photojournalist Ruben Espinosa, had stated in a recent interview posted online that if anything happened to her or to her fellow activists, it would be Governor Javier Duarte and the state government's fault.

Duarte wrote that his government was at the "absolute disposal" of the authorities. "We will provide whatever ... information is asked of us, in order to contribute to clearing up this multiple homicide," he added. 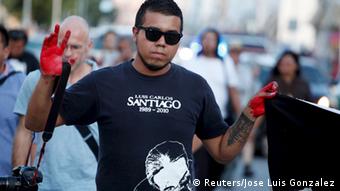 A journalist protests against the murder of photojournalist Ruben Espinosa in Ciudad Juarez, Mexico, August 6, 2015.

The group, which included the 31-year-old Espinosa, had fled the eastern state of Veracruz recently, saying he feared for his safety due to his work covering protests.

The five individuals were discovered by a neighbor in a middle class Mexico City apartment. All had been bound and shot through the head. Police say there was evidence of torture.

Police have so far made one arrest, but the mayor has said all lines of investigation remain open, including into political motives.

Thirteen journalists have been killed in the state since Duarte took office in 2010.