The former mayor of the Mexican town of Iguala and his wife have been arrested, police say. They are suspected of being responsible for the disappearance of 43 students in September. 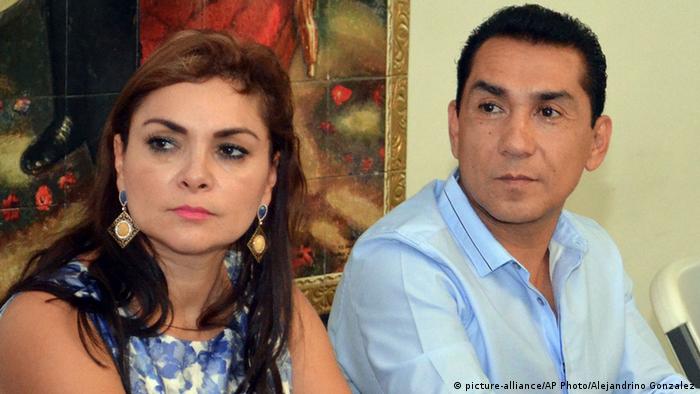 Police in Mexico said on Tuesday that they have arrested the fugitive ex-mayor of the Guerrero state city of Iguala, where 43 college students disappeared in September.

Abarca is accused of ordering police to confront the students on September 26 - the day they went missing.

The 43 students vanished after Iguala police, in league with a local drug gang, shot at buses which the students had seized to return to their teacher training college near the state capital, Chilpancingo. Three students were killed and 25 people were wounded.

At the end of last month, Mexico's Attorney General Jesus Murillo said information from a gang leader had led to the arrest warrants of Abarca, his wife and a local police chief being issued over the students' deaths and disappearances.

The attorney general claimed the three were: "the individuals who likely organized the events that took place in Iguala."

Earlier in October, probes into mass graves found near to Iguala proved to be fruitless in the search for the missing students, who are feared to have been massacred.

The abductions have caused national outrage with thousands marching through the state of Guerro where they torched a government building.