German Chancellor Merkel says residents should be allowed to object to images of their homes appearing on Google Street View. The Chancellor's own home will be among the millions shown by the online mapping service. 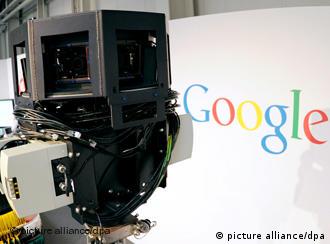 Street View is to be launched in Germany by year's end

The German government announced Monday that the country's chancellor, Angela Merkel, will not object to her home being made accessible to public view on Google's "Street View" mapping service.

"The Chancellor knows that her residence has already been greatly photographed and is known [to the public]," government spokesman Steffen Seibert said in Berlin.

Merkel has supported an opt-out scheme for citizens who do not wish their homes shown on Google Street View. Objections by German residents must be made by September 15 in order to be respected by the mapping service, which already shows detailed images of streets in cities worldwide.

Seibert told reporters it was "good that there is this right to object," stressing that everyone had to make the decision individually and that the government would neither encourage nor discourage objections.

Although Street View's implementation in countries like France already went off without a hitch, in Germany the service has sparked renewed debate over online privacy.

German Foreign Minister Guido Westerwelle has added his voice to a growing chorus of opposition in the country to US Internet giant Google's "Street View" mapping service amid mounting concerns about online privacy. (14.08.2010)

Germany's Cartel Office has said Google Maps services could be shutting out competitors. Issues include embedding Google Maps data into other map services.

Germany is mulling economic sanctions against Russia. Do they actually work? 14.09.2020

As Berlin mulls sanctions against Russia over the Navalny poisoning, DW looks into how effective they are at resolving international crises. The picture is far from positive.