Google plans to launch Street View in Germany by end of year | Science | In-depth reporting on science and technology | DW | 10.08.2010

Germany has been particularly critical of Google's Street View image capture program. The company now plans to let users block pictures of their property before the German site's year-end launch, but criticism remains. 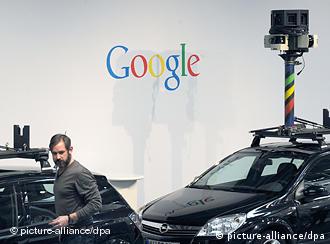 After months of legal wrangling, Google expects to make its controversial Street View image captures available for Germany's 20 largest cities by the end of the year. This will include Berlin, Hamburg, Munich, Cologne and Bonn.

However, the California company is introducing privacy measures unique to Germany.

"Renters or owners can apply to have their building made unrecognisable before the pictures are published online" starting next week, the company said in a statement on its German website.

The objections can be issued not just by home-owners but also by renters, and even a single objection from a household with multiple members will suffice for image removal.

After the map goes online, users will still have the chance to ask that certain images be blocked, just like in other countries.

The proposal follows more than two years of negotiations and delays on the Street View project in Germany, including strong criticism from the government and citizens.

One of the primary critics has been Johannes Caspar, the Hamburg Commissioner for Data Protection.

"I was stunned to hear last Thursday that the tool is to be launched from next week," he said in a statement.

"My concerns about implementing these complex opt-out proceedings were unfortunately not respected." 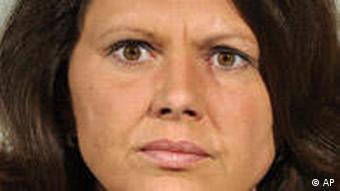 However, other government officials, including Ilse Aigner, Germany's consumer affairs minister, who had previously also been a staunch Google critic, applauded the company's move.

"My demands and the public debate about Google publishing information about homes and property on the Internet have borne fruit," her ministry said in a statement.

But Caspar remained unconvinced, and also noted that Google decided to implement this while many Germans are still away on summer vacation, and that the company would not set up a hotline where citizens could ask questions directly of the company.

Google spokesperson Lena Wagner told Deutsche Welle that Caspar's criticism misses the fact that Google has allowed users to opt out of having their houses shown since May 2009 by getting in touch via mail, email or fax.

"The four week period is just for the online tool, which we will release next week, and it is just for the people in the 20 cities where we will launch this year," Wagner said.

"I think their concern is justified because there is simply no historical precedent for making this many images available and of providing the world with this much transparency," said Viktor Mayer-Schoenberger, an Austrian professor and the director of the Information and Innovation Policy Research Center at the National University of Singapore.

Mayer-Schoenberger also added that Street View may have potential applications for thieves or terrorists, who could use the detailed street level maps to plan crimes.

Google spokesperson Wagner told Deutsche Welle that the company has yet to see an increase in crime in the regions where the Street View function has already been introduced.

But there may be broader problems relating to crime, like what Mayer-Schoenberger terms the rise of "law enforcement entertainment," where websites offer people prizes to spot and report crimes committed by others using Google's software.

"This could create a kind of army of citizen vigilantes who have a strong incentive to overreport crimes even though they don't know the context like local law enforcement personnel," he told Deutsche Welle.

Thomas Hoeren, a law professor at the University of Muenster's Institute for Information, Telecommunication and Media Law, agrees that Street View could lead to vigilantism. He cited an incident where a California man falsely accused his neighbor of child molestation and publicized the issue using Google's image captures. 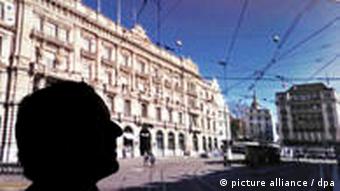 One way Google has tried to limit privacy concerns is by automatically blurring faces and license plate numbers in the pictures it publishes. Users can then report any undisguised faces or numbers missed by the software.

"But the question is whether that goes far enough," Mayer-Schoenberger said.

"I'm still recognizable to those who know me even with a blurred face, but removing people from the images entirely, as some researchers in the US have made possible, creates a false reality."

Although questions related to privacy and data protection have plagued Google since it began the Street View project in Germany, Hoeren argues that the root of the controversy has little to do with the surface issues cited.

"Behind all of these criticisms here in Germany is the fear that Google might be too powerful, while being too strange and intransparent," Hoeren told Deutsche Welle. "It's not really about data collection, telecommunications and privacy and such."

Germany is famous for having some of the strictest privacy laws in Europe, partly due to infringements committed both during the Nazi era and by the former communist government in East Germany.

Today, when organizations and government bodies want to collect data from citizens, a law must be enacted allowing the specific data collection to take place.

Data and privacy issues in Germany are also complicated by the fact that no single agency is responsible for deciding them.

"Instead, each state has its own data practitioner - all it takes is for one data commissioner to object," said Hoeren. "And that's a big problem for Google."

Nevertheless, the software company expects to release a version of Street View Germany by November.

German officials have accused Google and Facebook of privacy and data protection violations. According to IT lawyer Dominik Boecker, the country has a tradition of data protection going back to the 1970s. (16.07.2010)

Google's Street View cars are set to hit the road again in several countries this week, but not in Germany where their welcome remains lukewarm. (12.07.2010)