Debate is still raging in the German government over the use of nuclear energy. Chancellor Merkel has distanced herself from comments by the environment minister that Germany could phase out its nuclear plants by 2030. 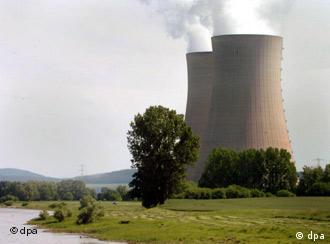 The government is less than united on nuclear energy

A spokesman for Chancellor Angela Merkel on Sunday pointed to an agreement by the ruling coalition that envisioned the environment and economic ministries together developing strategies for Germany's energy supply over the next decades.

"On this basis, we'll decide in fall how long nuclear energy will be used as a 'bridging technology'," Ulrich Wilhelm told newspaper Welt am Sonntag.

Any other commitments made before that would be too "premature," he said.

Wilhelm was referring to comments by German Environment Minister Norbert Roettgen, a member of Merkel's conservative party, that nuclear energy could be replaced by renewable energy by 2030.

"The proportion of renewable energy must increase from today's 16 percent to 40 percent." Roettegen said in an interview with newspaper Frankfurter Rundschau on Saturday. Even based on the most sceptical assumptions, he said, nuclear power will no longer be needed by 2030.

The aim must be "to almost completely switch to renewable energy," Roettgen said.

Earlier this year, Roettgen caused a rift in the ruling coalition by breaking with the government's line by suggesting that it should consider scrapping plans to extend the life spans of the country's nuclear power stations. 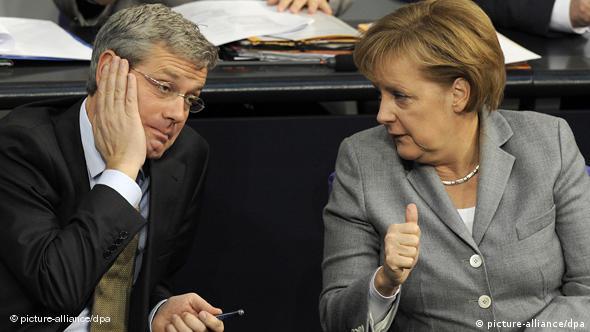 Roettgen, left, has ruffled feathers in the ruling coalition

Chancellor Angela Merkel's ruling coalition of conservatives and the pro-business Free Democratic Party (FDP) plans to extend the lives of 17 nuclear plants, which were originally to have been shut down by the mid-2020s under a decision taken by a previous center-left government in 2002.

But Guenther Oettinger, another member of Merkel's party and the new EU energy commissioner, said on Saturday that there was "no end in sight" for the use of nuclear energy in Europe.

In an interview with newspaper Hamburger Abendblatt, Oettinger pointed to Sweden, which has reversed its planned nuclear phase-out. He said eastern European nations in particular wanted to continue to use nuclear energy "in the long run."

Germany's environment minister said that no efforts should be wasted to replace nuclear technology as fast as possible, but German states with atomic power facilities are pushing for a 20-year delay. (13.02.2010)

New German environment minister Norbert Roettgen disappointed the nuclear power industry on Wednesday by saying that Germans did not want nuclear power in the long-run. But his words did not impress the Green party. (25.11.2009)