Chancellor Merkel praised the EU reform treaty she was largely responsible for keeping on track. She will attend the document's signing. But amid calls for a referendum, another EU leader's absence will be conspicuous. 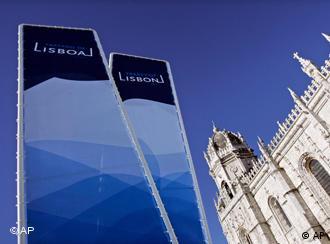 Set to be signed by the leaders of the bloc's 27 member states on Thursday, Dec. 13, Merkel said on Wednesday that the EU's reform treaty would bring about "breakthrough for Europe."

"I really am not inclined to exaggerated euphoria -- but I think we can declare that this day marks a historic success, a success for Europe," she said in an address to the Bundestag, Germany's lower house of parliament. "It will perhaps be seen later as a decisive milestone for a greater ability to act in Europe."

She added that the agreement, to be called the Lisbon Treaty, "lays the groundwork for a new European Union in the 21st century."

Merkel said she hoped the treaty would be ratified by May 2008. European politicians are pushing for the text, which requires unanimous approval before going into effect, to be in place before European Parliament elections in 2009. 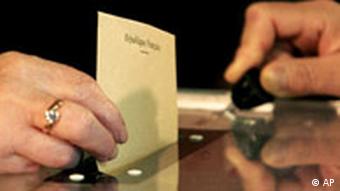 British Prime Minister Gordon Brown will be a notable absentee at the signing ceremony in Lisbon. He's said that a scheduling conflict will keep him from attending the morning ceremony, but he added he would sign the document later in the day. The nonattendance has led to domestic accusations of a "semi-detached" attitude to Europe.

The reform treaty is the successor to the union's proposed constitution, which was rejected by voters in France and the Netherlands in 2005. Many governments, including the French and Dutch, have said there will be no need for national referendums to ratify the reform treaty.

The treaty "does not transfer sovereignty to the EU ... and there is no judicial reason to resort to a referendum," Danish Prime Minister Anders Fogh Rasmussen said Tuesday.

Only Ireland is constitutionally bound to put the issue to a vote, something which Prime Minister Bertie Ahern said he would like to see take place next May or June. 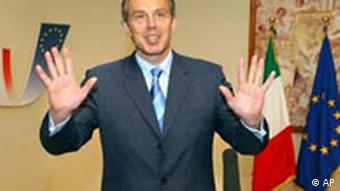 The new reform text will implement many of the changes suggested by the failed constitution, including the creation of a foreign policy chief and more permanent presidency to replace the current six-month rotating presidency system.

The treaty also calls for cuts to the size of the European Parliament, freezes the number of seats on the EU Commission and institutes a double majority voting system that reduces the types of decision single nations can veto.

Attached to the new treaty is an EU charter of fundamental rights which enshrines the rights of dignity, freedoms, equality, solidarity, citizens' rights and justice, although Britain and Poland are opting out of making that binding.

At the charter's signing Wednesday at the European Parliament, Portuguese Prime Minister Jose Socrates signed the document amid noisy protests from right and left-wing parliamentarians calling for national referenda on the reform treaty.

EU leaders clinched a final deal late Thursday, Oct. 18, on a major overhaul of the 27-member bloc after making key concessions to Italy and Poland. The new Lisbon Treaty is now expected to be signed in December. (19.10.2007)

The Long Road to Lisbon

For the reformed treaty to come into being, the EU has had to work through a number of predecessors and all the problems which come with getting a large collection of independent states to think and agree as one. (18.10.2007)

Dossier: The EU Treaty -- A Blueprint for Europe's Future?

Do you think all the EU's members will ratify the reform treaty? Why? Why not? Send us your comments and please include your full name and country in your reply.