Merkel defends 22-billion-euro bailout for Athens | Germany| News and in-depth reporting from Berlin and beyond | DW | 03.05.2010

The German cabinet has green-lighted a 22 billion euro bailout for Greece. Chancellor Angela Merkel has defended the measures ahead of a crucial election in Germany's largest state. 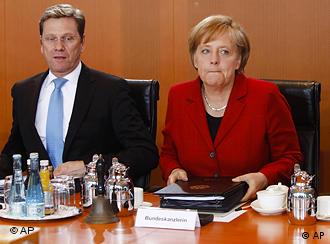 A special cabinet meeting was held to discuss bailout terms

"It's about securing the stability of the euro, which is also our currency" said Merkel in an interview with German public broadcaster ARD. Merkel also stressed that the savings of Germans had to be protected.

"A stable European currency is an extremely valuable commodity," the chancellor said at a press conference in Berlin.

Later in an interview with ZDF television, Merkel defended her handling of the crisis.

"We said time and again, if the stability of our currency was in danger, we would act quickly and decisively. And this is the point that we've reached".

"So nobody should be surprised that we tried to do everything to avoid getting to that point."

Foreign minister Guido Westerwelle told reporters that the aid was not a "blank check," and echoed Merkel's call for the creation of a European ratings agency.

Germany, the eurozone's largest economy, is to contribute the most significant part of the loan package, with the total European contribution expected to be around 110 billion euros, spread out over three years. 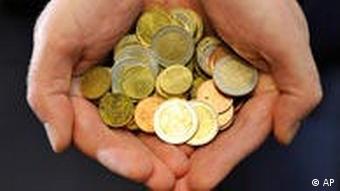 Westerwelle emphasized the money for Greece is not a 'blank check'

Germany's contribution was called the "fattest check in history" by the mass-circulation Bild newspaper on Monday. Berlin was hesitant about making the contribution, as the vast majority of Germans remain opposed to the loan package for Greece.

The German parliament is expected to pass the measures, which have the majority backing of Merkel's governing coalition of Christian Democrats and Free Democrats.

However, the bill could encounter opposition from the Social Democrats, who have not yet decided whether to support the unpopular plan, ahead of crucial state elections in North Rhine-Westphalia on May 9.

On Monday, the opposition party leader in the German parliament said their approval of the measure would be tied to certain conditions.

"We expect a contribution from the private sector on the damages that have been suffered," said Social Democratic party chief Frank-Walter Steinmeier.

Green party leader Juergen Trittin and the interim vice-chairman of the Left Party, Gesine Loetzsch, also insisted on the participation of the private banking sector. 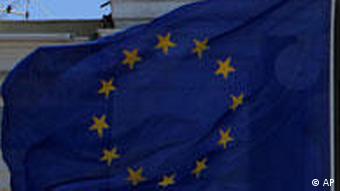 Greece needs to see the money by May 19th

The express bill is to be signed into law by President Horst Koehler on Friday, when eurozone leaders meet in Brussels to finalize the package, which comprises 110 billion euros in loans over three years.

Greek finances were given a further boost as the European Central Bank (ECB) agreed to accept Greek government bonds as security for loans. The decision will guarantee Greek banks have access to cheap central bank funding and it should increase Greek bonds' attractiveness to investors.

Across Europe, leaders took action to get money flowing to Greece. Finland's cabinet proposed a 1.6 billion-euro supplementary budget to cover its share of the bailout. Meanwhile, Slovakia's Prime Minister has announced it will not provide a share of the EU bailout until Greece takes austerity steps.

The announcement of the eurozone bailout was accompanied by calls to revise the European Stability and Growth Pact, which sets limits on deficits and was originally created to prevent an economic crisis like the one in Greece.

Dutch Finance Minister Jan Kees de Jager issued a statement calling for "new and much stricter agreements" on respect for the rules of the pact. In France, Economy Minister Christine Lagarde told the newspaper Le Monde that Europe must revise the EU stability pact as a consequence of the crisis. However, Lagarde refuted the possibility that Spain and Portugal were headed for a similar crisis.

"They are not at all in the same situation," Lagarde told Le Monde, adding that, "they did not provide false figures, talk nonsense over their deficits."

Greece hopes to receive the funds from the European Union and the International Monetary Fund just in time to honor debts of nine billion euros, due on May 19.

"We need the loans by May 19; everything was done on the basis of this date," a Greek government source said on Monday.

Greece's financial woes have left the state on the verge of bankruptcy. The IMF and eurozone member states are planning a massive bailout, with Germany expected to provide the bulk of the rescue package. (30.04.2010)

German Finance Minister Wolfgang Schaeuble said loans for Greece are good for Germany too. He said he hopes they will stabilize the euro zone and discourage speculation against euro-zone countries. (29.04.2010)