Merkel Asks for Realistic Alternatives to Nuclear Energy | Germany | News and in-depth reporting from Berlin and beyond | DW | 15.01.2007

German Chancellor Angela Merkel asked the opponents of nuclear energy in Germany to come up with realistic solutions to the country's energy needs while paying heed to environmental issues. 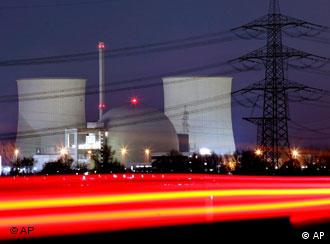 "I'm saying that those who want both the nuclear phase-out and climate protection are now, naturally, called upon to provide answers," Merkel said in an interview on German Radio on Sunday.

The coalition of Socialist Democrats (SPD) and the Green party under former Chancellor Gerhard Schröder reached a ground-breaking agreement that all of Germany's nuclear power plants would be shut down by 2020. 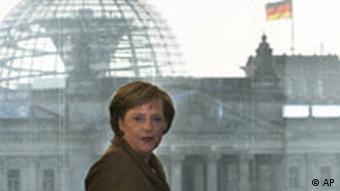 Merkel -- whose Christian Democrats (CDU) signed on the nuclear phase-out plan when they formed a grand coalition government with SPD after the 2005 elections -- said, however, that German nuclear power plants could not be replaced by coal-powered plants because of carbon dioxide emissions and concerns about their contributing to global warming.

According to Merkel, climate change is one of the greatest challenges that humanity is facing today.

Sticking to the plan

Even though members of Merkel's own party have repeatedly asked for the government to reconsider the nuclear phase-out -- especially in view of Germany's reliance on Russian gas supplies -- Merkel said she was not planning on backing out of the coalition agreement, at least for the time being. 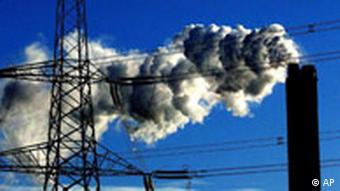 "At least for this legislative period, there will be no changes," Merkel said, referring to the phase-out. "But we need to be realistic and look into how much can be achieved in how long."

Six billion tons of carbon dioxide (CO2) a year pour into the atmosphere worldwide from sources such as power stations, chemical plants and steel foundries. CO2 contributes to global warming by trapping the sun’s rays in the atmosphere.

Merkel's coalition partners from the SPD remain strongly opposed to any changes to the phase-out plan.

"The nuclear phase-out is possible along with a tightening of climate protection," said Ulrich Kelber, deputy president of the SPD parliamentary bloc.

Germany itself is divided over nuclear issues. According to a Forsa poll published on Sunday, one half of Germans are either in favor of prolonging the life of the country's nuclear power plants or abandoning the nuclear phase-out altogether. The other half would like to stick to the plan to shut the nuclear plants down.

Last week, the EU unveiled sweeping plans to diversify energy sources, limit greenhouse gas emissions by 20 percent by 2020 and increase the use of renewable energy sources.

Germany is no longer opposed to proposals by the European Commission to liberalize the energy market and is open to separating energy producers from their distribution networks, the country's economy minister said. (12.01.2007)