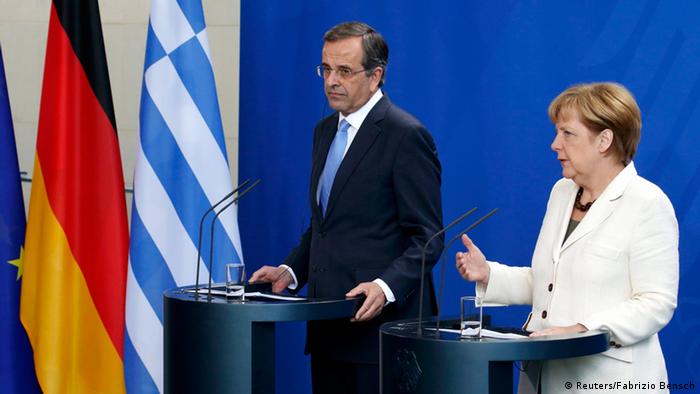 Meeting in Berlin on Tuesday, German Chancellor Angela Merkel and Greek Prime Minister Antonis Samaras, both center-right politicians in their respective countries, painted a cautiously rosy picture of Greece's progress on the path of economic reform.

"I know what a difficult time the country is going through, but the first delicate green shoots of success are visible," Merkel said after the two leaders met. "Greece is now sending positive messages."

She urged Greece to stick with its structural reform program and continue with budgetary austerity.

Samaras said that Greece would achieve a primary surplus this year - i.e. he expects the government to take in more in tax revenues than it spends on program expenditures. A primary surplus is not an absolute surplus, because the former excludes interest payments on the country's enormous sovereign debt.

"Greece can now stand on its own two feet and … we believe we do not require a new support package," Samaras said. Greece has so far received 240 billion euros ($308.5 billion) in assistance from a 'troika' of bailout lenders - the IMF, EU and ECB - mostly in the form of cheap loans.

Samaras also said he expects the country to return to modest GDP growth in the third quarter of this year, after a record 24 consecutive quarters (six years) of GDP shrinkage. 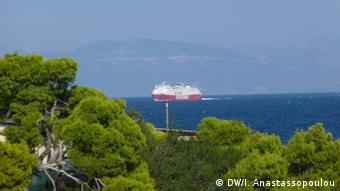 However, Greece's economy remains in dire condition. General unemployment stands at 27 percent, and youth unemployment double that, at 53 percent.

In a new report, the European Commission listed several reforms it said had had a positive effect. These included reforms to Greece's public administration and judicial system, and reforms aimed at removing barriers to competition in various economic sectors - building materials, food processing, retail trade, and tourism among others.

Samaras made it clear that he expects further easing of the repayment conditions for Greece's sovereign debt. He said he anticipated the country would receive an extension of loan maturities and lower interest rates from the 'troika'.

"Greece is waiting for the final settlement for debt sustainability," he said. He added that Greece expects talks on further debt relief to begin after the next review of Greece's economic reforms by EU and IMF lenders, and after European bank stress tests have been completed this autumn.

"I believe that we can certainly cover our funding needs from next year" by borrowing on private bond markets, Samaras said. "We will see what happens with the next bailout tranches." 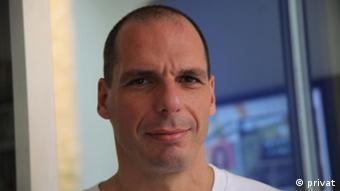 The latter was a reference to the troika's funding for Greece, which is advanced bit by bit, in 'tranches', contingent on regular evaluations of Greece's progress on economic reforms demanded by the troika.

Samaras wants Greece to exit the joint ECB-IMF-EU 'troika' bailout program as soon as possible, and return to the capital markets for future financing of Greece's debt - even though Greece will pay a much higher interest rate than it pays the troika on private debt markets.

This could allow Greece to regain a measure of policy sovereignty - but it would also make it harder to avoid getting even deeper into debt.

Under the troika, financing for Greece is contingent on strict adherence to a menu of economic reforms and on severe public budget austerity - measures which have been deeply unpopular with the Greek public.

Samaras therefore wants to reject the additional tranches of IMF debt planned for 2015 and 2016, and instead borrow from bond markets.

Asked about reports of a "divorce" from the IMF after funding from the EU ends this year, Samaras told reporters: "I don't accept the term 'divorce', even if it's a velvet one."

"We have a cooperation that was never easy, quite the contrary, but that has certainly changed the face of our economy," he said. "I believe this cooperation will be completed ahead of schedule. If that happens, it would be a success, not a divorce."

Greece's sovereign debt currently stands at 177.2 percent of GDP. In 2008, the year the global financial crisis broke out, it stood at 105.4 percent; in 2010, at 129.7 percent. Except for a blip in 2013, after Greece's creditors forgave some of its debt, the country's debt-to-GDP ratio has been climbing steadily for years. 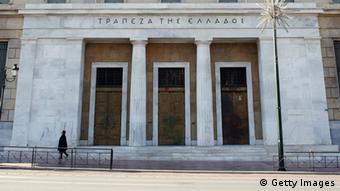 Yanis Varoufakis is one economist who is critical of austerity. A professor of economic theory with joint appointments at the University of Athens and University of Texas, Varoufakis is a former advisor to the government of then Prime Minister George Papandreou.

"The idea of austerity is highly problematic," Varoufakis told DW "It can work if there is excess demand in a country's export markets - then, in effect, a country can replace public sector jobs with private sector jobs, and export its unemployment problem by running a trade surplus.

"But when everyone is trying to implement austerity at the same time, as is happening in most of Europe, the total amount of demand in the wider economy shrinks. Then jobs disappear, tax revenues shrink, and austerity ends up increasing the deficit rather than decreasing it, in a downward spiral."

As to whether Samaras' plan to return to private capital markets is a good decision in economic policy terms, Varoufakis said:

"It's a terrible decision. It will make it more expensive to roll over Greece's huge accumulated debt or to finance future deficits. But Samaras faces a very difficult election next year. He's behind in the polls, and he wants to be able to go to the people and say he has ended the troika's control of Greece. He wants to be re-elected. Going back to the private capital markets to raise fresh debt funding is bad for the economy, but it's good for Samaras's re-election prospects."

Varoufakis also said that the economy may stabilize at the current level of GDP, in part because tourism has picked up in the past two years - not least because Greece competes for tourists with Egypt and Turkey, both of which are seen by many tourists as troubled at present.

But he sees no prospect for a strong economic expansion, because investment in Greece is shrinking rather than growing.

"Bank loans to the private sector are continuing to decline, by about 6 percent year-on-year. A certain level of investment is needed just to offset depreciation. If investment is declining, how is the economy supposed to grow?" he asked.

Police used water cannons to disperse protesters in Amsterdam who proceeded with a banned rally against the government's coronavirus curbs and vaccination drive.