Astronomy aficionados are peering into the sky to watch a rare celestial event that sees the smallest planet of the solar system glide between the sun and the Earth to create a tiny solar eclipse. 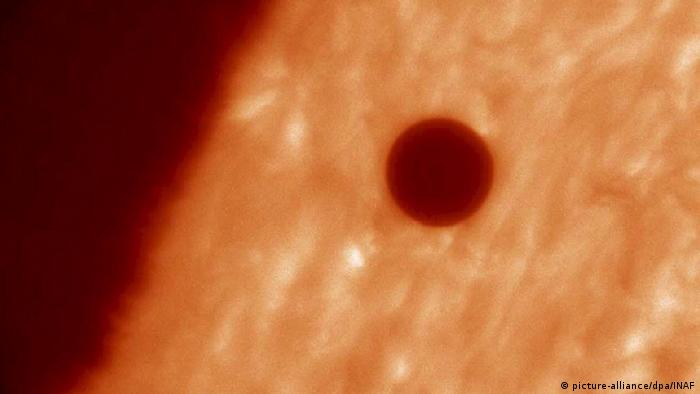 Mercury is putting a rare celestial show on Monday, with the smallest and the innermost planet in the solar system passing directly between the Earth and the sun.

The entire 5-hour event is visible, weather permitting, in the eastern United States and Canada, and all of Central and South America. The rest of North America, Europe and Africa can catch part of the action, while Asia and Australia miss out. 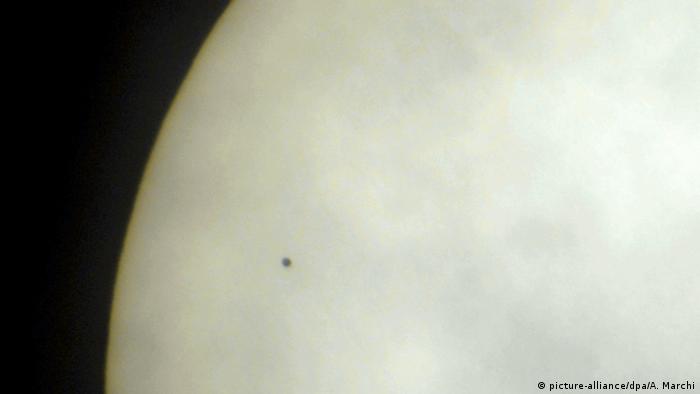 A long wait for the next event

Spectators need proper equipment and appropriate eye protection: Telescopes with a minimum magnification of 50x or binoculars with solar filters are recommended.

The last time Mercury transited the Sun was in May 2016, when astronomers managed to capture some amazing pictures and video footage of the event.

It won't make another transit until 2032, when it will be viewable in most of Asia, Europe, Africa, Australia, and South America. People in North America will have to wait even longer, as the next Mercury transit visible to people there won't happen until 2049. 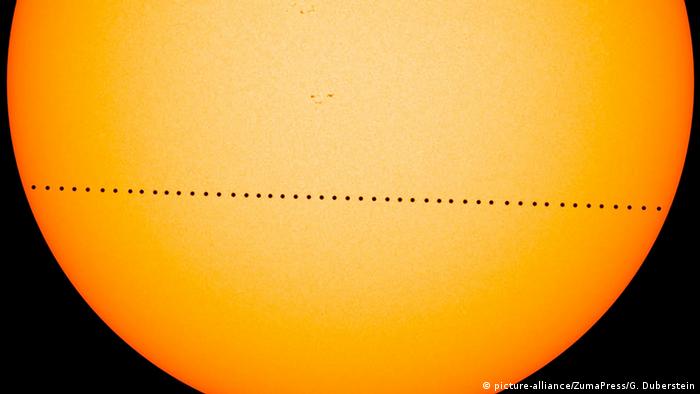 As it passes in front of the blinding surface of the sun, the planet will look like a tiny jet-black dot

Although the trek appears slow, Mercury zooms across the sun at roughly 150,000 miles per hour (241,000 kilometers per hour).

Scientists have used this kind of transit for hundreds of years to study the way planets and stars move in space, and NASA said teachers and parents shouldn't miss the opportunity to teach children about the solar system.

Mercury is the closest plant to the sun and its orbit takes about 88 days. That's much faster than Earth's 365-day orbit and is a much shorter distance — 15,000 kilometers compared with 40,000 kilometers travelled by the Earth on its orbit.

What began 11 years ago has now come to a spectacular end. At the end of April, the NASA space probe MESSENGER slammed into the surface of Mercury at 14,000 kilometers an hour after orbiting the planet for four years. (13.04.2015)