8 facts about the tiny planet Mercury and its rare transit across the sun | Science| In-depth reporting on science and technology | DW | 06.05.2016

This Monday Mercury passes between the sun and Earth. For seven hours, the planet will be visible as a little black dot - but never look directly at it or the sun! Here's what else you need to know.

This Monday, May 9, 2016 Mercury passes right in front of the sun. Between roughly 11:12 a.m. and 6:24 p.m. UTC the planet will be visible as a small black dot on the surface of the sun. The last such "May transit" took place 13 years ago. Other transits occur in November.

Solar eclipse glasses are not enough!

First of all a warning: As with solar eclipses, you should never look directly at the sun without proper protection. If you do, you risk serious damage to your eye sight.

This also means the tiny planet can not be seen without the correct protection and a little help. 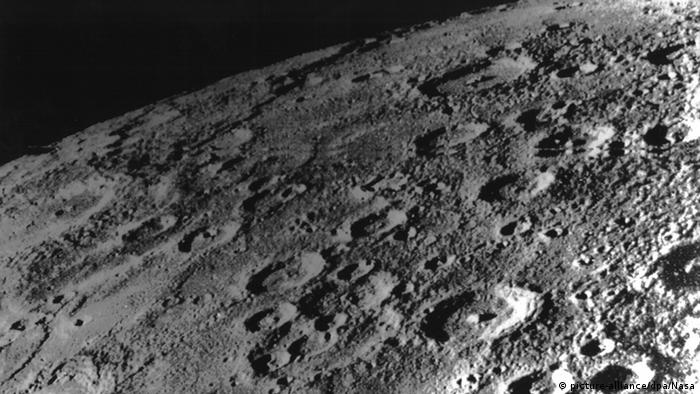 Mercury is visible in transit with a special telescope - don't use an ordinary one, it is not safe. Watching the sun through a telescope is even more dangerous for the retina than looking at it with your bare eyes. So you need expert knowledge and special equipment.

If you want to view the transit, we suggest contacting a local amateur-astronomers' association for help and more advice. They exist worldwide.

Or watch the event as it unfolds on the Internet, via the larger space agencies or astronomical observatories.

And don't forget: dw.com will bring you the most beautiful pictures too. So follow us on twitter @dw_scitech. 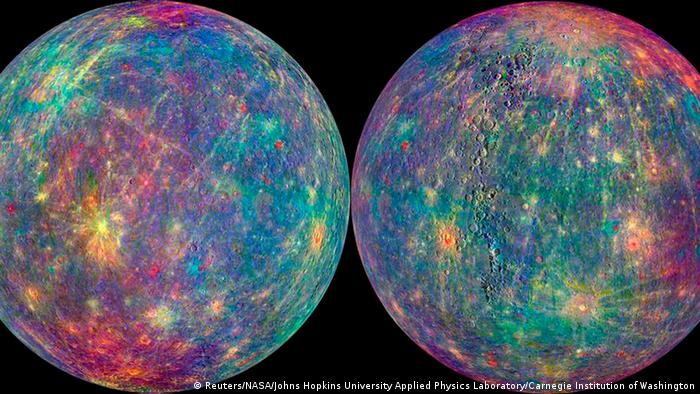 The front and back of Mercury as seen by spacecraft Messenger

The sun will soon go dark in parts of SE Asia and the Pacific during a total solar eclipse on March 9 and then 8. Yes, that's written correctly. (08.03.2016)

'This spacecraft is a rock!' - Rosetta's rendezvous with Comet 67P

One year ago, Andrea Accomazzo and his team made space history. He tells DW why the Rosetta spacecraft, in spite of being in the wrong location when it dropped Philae, was a spectacular achievement. (11.11.2015)

Even more spectacular photos of Pluto showing giant ice flows, mountains and craters have been released by NASA. They come from the nuclear-powered spacecraft 'New Horizons,' which flew past the planet in June. (06.12.2015)

A possible 'Planet Nine' in the solar system

US scientists say they have evidence of a ninth planet lurking in the outskirts of the solar system. The researchers have only calculated its existence theoretically and physical proof is still needed. (20.01.2016)

Close to the sun

Temperatures on Mercury can reach up to 427 degrees Celsius. It's hardly a surprise, given its proximity to the sun.

But on the side that faces away from our star, it can get really cold - as cold as minus 173 degrees. The reason for the massive difference in temperatures is Mercury's ultra-thin atmosphere. The atmosphere is thinner than even a vacuum here on Earth under perfect laboratory conditions. If there is no atmosphere, there is nothing to shield Mercury's surface from sun rays, and there is nothing to trap the warmth and transport it to the dark side of the planet.

The surface of Mercury consists of porous and rough rocks. It is covered with craters and has changed over millions of years - shaped by the impacts of meteorites. While there is no indication of any tectonic activity, there are signs of volcanic eruptions. 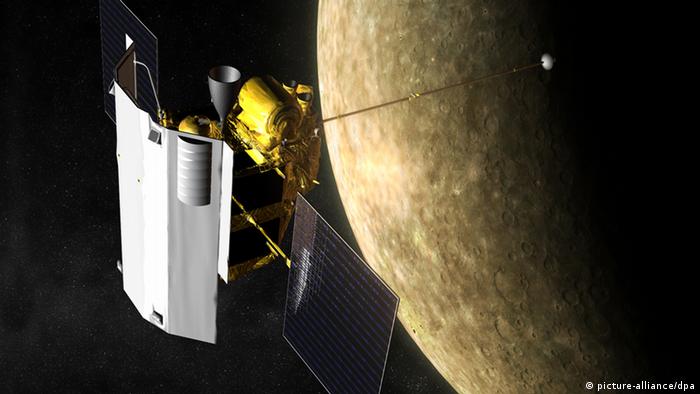 Messenger orbited and explored Mercury for four years. It crashed in 2015

A life in the shadows

Its being so close to the sun has made it difficult to observe Mercury throughout the history of astronomy. The bright sun light simply outshines everything. A fly-by in front of the sun is a rather rare event. On average, it occurs every 13 to 14 years. Legend has it, the astronomer Nicolaus Copernicus regretted on his death bed in 1543 that he had never seen Mercury.

The next opportunity for astronomers will be in 2019.

Dare to fly so close

Due to its proximity to the sun, space agencies have been hesitant to send even unmanned spacecraft to Mercury. The threat of coronal mass eruptions damaging the sensitive technology is simply too high.

So far only two spacecraft have made it there. In 1975, the last of NASA's ten Mariner planet-discovery spacecraft reached Mercury. And in 2011 the special Mercury-exploration spacecraft Messenger entered an orbit around the planet and explored it until 2015.