Mental health crisis a threat to the Philippine economy | Business | Economy and finance news from a German perspective | DW | 03.03.2021 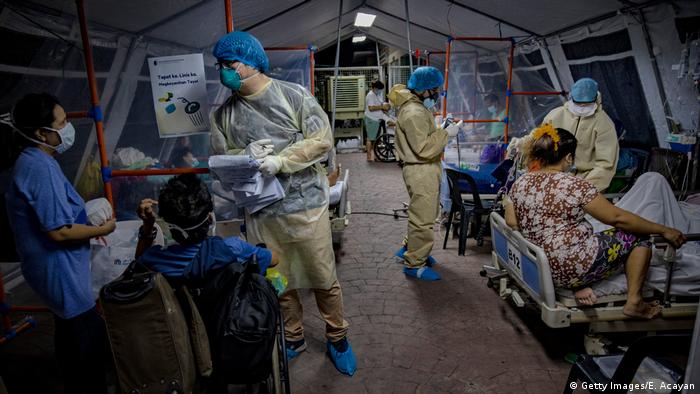 The coronavirus sent Paul Dalmacio, 40, into a busy intensive care unit in Manila for 10 days. The severity of his case would keep him in the hospital for two months.

That was a little over half a year ago. But a sense of relief has failed to come alongside his recovery.

"I can't sleep every night. Sometimes I get flashbacks from the hospital," he said.

It's not just posttraumatic stress keeping him up at night. His finances keep him awake, too. Falling ill with the coronavirus left him with a 1.8 million Philippine peso hospital bill (€30,630, $37,020). With the Philippine public health system and a private health insurance plan linked to his work covering only about 15% of his costs, he's been forced to find alternative ways to fund the rest.

"My family has been trying to help pay my bills. They solicited money from relatives and friends," he said. "There were a lot of lifestyle changes."

Seeking professional help for his anxiety has so far not been an option — his health insurance wouldn't cover it.

Dalmacio's story would be familiar to many. The coronavirus has made common a pattern of almost self-perpetuating conditions: economic precarity, brought on by a loss of livelihood or the crippling cost of falling ill with the virus, an accompanying mental health crisis without the resources to treat it and the combined crises compounding each others' effects.

"There's a vicious circle of sorts, when the economy goes downhill, that sets off a spiral where poor mental health is more widespread. And that, in turn, can have a feedback effect on the economy," Stephen Goetz, professor of economic development at Penn State told DW. "It's almost like a loop in the sense that the poor mental health leads to a lack of economic performance, or at least the economy not reaching its potential."

In 2018, Goetz and his co-authors wrote a study predicting the global economic cost of mental illness is expected to be more than $16 trillion over the next 20 years.

But the scale of the coronavirus crisis that would hit just two years later means that forecast is now on the low side.

"I don't want to say 'orders of magnitude,' but a doubling, tripling, quadrupling of that effect wouldn't surprise me just because of the repercussions of the decline rate and all the effects on mental health," Goetz said. 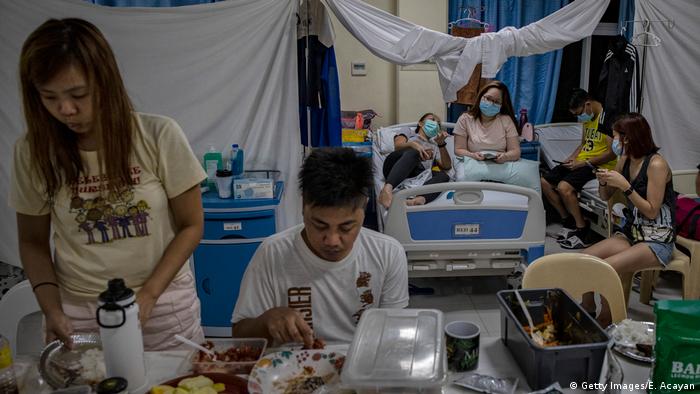 His study highlighted the importance of public investment in mental health services as one way to contribute towards staving off even worse economic pain later. Public campaigns for mental health awareness in the crisis would be critical.

There need to be more resources, more awareness into this and the connection, especially understanding this connection between the pandemic and everything it causes beyond physical health, Goetz said.

Philippines: One of the hardest-hit in Asia

Where does that leave a country like the Philippines? Over half a million cases of the coronavirus make the Southeast Asian nation one of the worst-hit regions. It had one of the strictest and longest lockdowns globally, causing the economy to shrink 9.5% in 2020 — the worst decline in Asia.  An estimated 4.5 million Filipinos are set to slide back into poverty.

And the global mental health crisis accompanying the economic crisis has found fertile ground here too. Before the pandemic, mental health illness was already the third most common disability. An estimated 6 million Filipinos live with depression and/or anxiety — a number that is likely much higher as the multifronted crisis persists.

Help is far away

A one-hour session with a private clinical psychologist for counseling and psychotherapy can cost anywhere from 1,000 to 3,000 Philippine pesos (€16 to €50) in Manila. With monthly wages averaging around €230, paid professional help is out of reach for most.

"It is very difficult to find mental health practitioners who provide pro bono or highly socialized fees," said Lyra Versoza, an independent consultant for mental health and psychosocial services in the Philippines.

And there aren't even that many professionals able to provide help to begin with, she told DW. Psychiatrists and psychologists are too few — with the scarcity becoming more pronounced, the further away from urban areas a potential patient lives.

"In the Philippines, we have around 600 psychiatrists for a population of 110 million and most are situated in Manila," Versoza said.

Although the Mental Health Act, which seeks to provide affordable and accessible mental health services for Filipinos, was signed into law in 2018, much remains to be done in practice. Only about 3 to 5% of the total Philippine health budget is spent on mental health.

"We have a government-funded crisis hotline. I dialed this number for an entire hour without success," she said. "And people ask, what is the point of seeking professional help if you won't be able to afford medication?"

But at a time like this, when money is a key determinant of whether one gets access to psychological help, then providing free, public mental health services may be a game-changer.

Versoza travels to provide free training and direct mental health services to communities around the country as part of efforts funded by civil society and other groups stepping in to help fill the gap.

"There is a way to make mental health services and medicine affordable through proper community organizing and coordination with local, non-government units, private civil society groups, as well as local or international donors," said Versoza. But she added resources remained scarce.

And that leaves many like Dalmacio to deal with their mental health privately.

"I wish that there were a reset button. I wish there was something I could do to rejuvenate my brain. I've been trying not to think about it," said Dalmacio.

At the moment, most will have little choice but to soldier on. But investing in mental health is investing in any economy's most important resource — its people. All countries, not just the Philippines, should make it a priority.