Some 93 percent of researched fish stocks in the Mediterranean are overexploited, the EU's Joint Research Centre says. It also says more than a third of the sea's total fish population has vanished in the past 50 years. 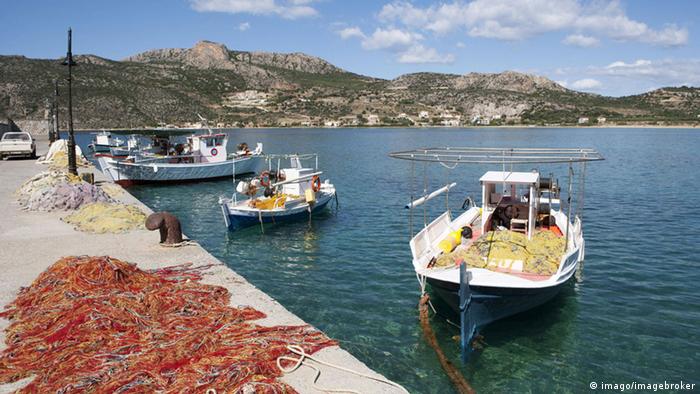 Fish stocks in the Mediterranean are being depleted at an alarming rate, with the sea's biodiversity increasingly under threat by pollution, climate change and overfishing, a group of researchers that advises the European Union said on Monday.

In a study published in the "Scientific Reports" of the journal "Nature," the Joint Research Center (JRC) said 93 percent of assessed fish stocks were overexploited. It added that any further delay in transnational action "could result in irreversible damage and a collapse of key stocks that are essential to the fisheries sector."

In another worrying finding, the JRC said that the Mediterranean had lost 41 percent of its marine mammals and 34 percent of its total fish population over the past 50 years, with the biggest depletions being found in the Western Mediterranean Sea and the Adriatic Sea (-50 percent), and the smallest in the Ionian Sea (-8 percent).

The leader of the fisheries research group at the JRC, Jann Martinsohn, said the Mediterranean Sea was particularly susceptible to negative factors such as climate change, marine litter and species alien to its waters, owing to the fact that it had a low "primary production." This refers to the production, through photosynthesis by plants, of phytoplankton biomass, which is vital for fish reproduction and the food cycle.

"When fish stocks are fished intensively, they do not have the time to reproduce to keep up the population levels," Martinsohn said.

Nations bordering the sea are attempting to take action to remedy the problems in the Mediterranean.

Among other things, representatives from 13 Mediterranean countries agreed on a strategy for a sustainable fisheries sector in the sea at a meeting in Malta on 29-30 March, .

The JRC is a service set up by the European Commission, and employs scientists to carry out research that forms the basis for independent scientific advice to guide EU policies.

So there's plenty more fish in the sea - but can DNA tell us how many exactly?

Until now, the only way to count fish stocks was literally to trawl the ocean. Scientists believe that new DNA analysis could make the process a whole lot easier. (16.11.2016)