Measles infections have skyrocketed in Europe with 15 countries reporting large outbreaks in 2017, according to the World Health Organization. The WHO is concerned by low rates of immunisation against the disease. 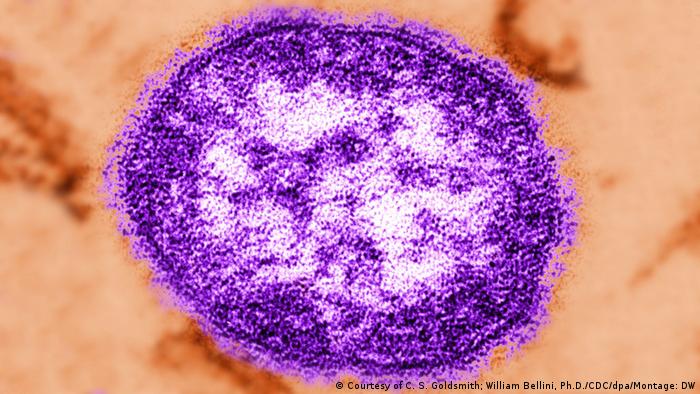 Measles "rebounded" in Europe during 2017, with 21,315 new cases recorded across the continent, according to findings released by the European branch of the World Health Organization (WHO) on Monday. The data marks a fourfold rise in infections compared to the previous year.

"Every new person affected by measles in Europe reminds us that unvaccinated children and adults, regardless of where they live, remain at risk of catching the disease and spreading it to others who may not be able to get vaccinated," said WHO Regional Director for Europe, Zsuzsanna Jakab.

The infections and deaths are a "tragedy we simply cannot accept," she added.

In recent years, Western countries have seen a drop in vaccination rates due to debunked links between vaccines and autism. Members of the so-called anti-vaxx movement also dispute the effectiveness of vaccines in fighting preventable diseases.

According to the latest WHO data, Romania had the highest number of measles infections with 5,562 new cases. It was followed by 5,006 in Italy and 4.767 in Ukraine. Greece and Germany were also among the top five.

Last year, Italy announced it was suffering from a measles "epidemic" and estimated that only 85 percent of its under two-year-olds are vaccinated against the disease.

Governments across Europe, including Italy and Germany, enacted legal measures to encourage vaccination rates among children.

Health ministers of several European nations are due to meet and discuss vaccination goals on Tuesday.

"Elimination of both measles and rubella is a priority goal that all European countries have firmly committed to," Dr Jakab said. "This short-term setback cannot deter us from our commitment to be the generation that frees our children from these diseases once and for all."