McDonald's in US faces dozens of sexual harassment complaints

More than two dozen employees of the fast food chain have filed a series of sexual harassment complaints, which include incidents of groping and indecent exposure that allegedly took place at McDonald's in 20 US cities. 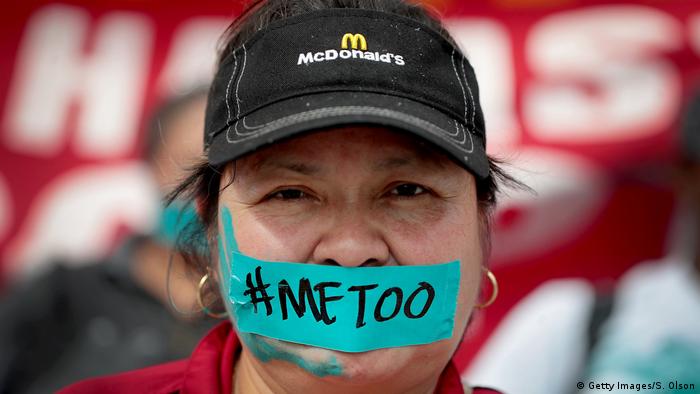 The cases included groping, indecent exposure, propositions for sex, and lewd comments that allegedly took place at McDonald's locations in 20 US cities.

McDonald's employee unions in the US have been demanding more worker protections for years, including greater employee contribution in creating the company's sexual harassment policies.

Tuesday's complaints were announced at a news conference by the American Civil Liberties Union (ACLU), the workers' rights group Fight for $15 and Time's Up, a workplace gender equality advocacy group.

Twenty of the cases were filed with the US Equal Employment Opportunity Commission (EEOC), a workplace misconduct agency, and the others will be addressed in US civil court.

After the announcement, dozens of McDonald's employees protested Tuesday at the company's headquarters in Chicago.

The protest was organized by Fight for $15, a fast food workers advocacy group that has been pushing for a higher minimum wage and more rights for the company's workers.

McDonald's workers have said they want to use the momentum generated by the #MeToo movement to increase awareness of sexual harassment at their workplace.

"I was subjected to a humiliating and intimidating environment at McDonald's and managers did nothing to stop it," one of the workers who filed a complaint told the AFP news agency during the protest.

McDonald's CEO Steve Easterbrook said in a letter that the company has improved its sexual harassment policy, training and education initiatives, and was providing resources for its franchises to do the same.

However, McDonald's has said that its US franchises maintain authority over personnel decisions, as they operate as independent businesses.

According to the ACLU, McDonald's has faced more than 50 sexual harassment-related charges and lawsuits in the past three years.