Quarters featuring the author, poet and activist Maya Angelou are the first to be minted in a series that will also feature other pioneering American women. 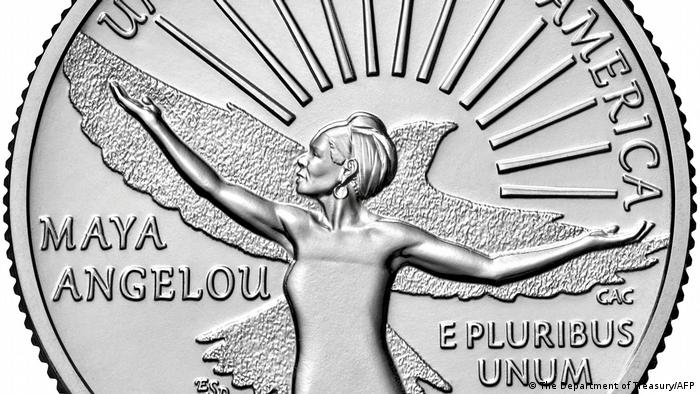 The United States Mint has started distributing quarters featuring the image of Maya Angelou , making the poet and activist the first Black woman to appear on US currency.

"Each time we redesign our currency, we have the chance to say something about our country, what we value and how we've progressed as a society," US Treasury Secretary Janet Yellen said.

Angelou is depicted with outstretched arms on the quarter. Behind her are a bird in flight and a rising sun, images inspired by her poetry.

More women to appear on US coins

The coins depicting Angelou were part of the American Women Quarters Program, celebrating prominent women in US history.

"I'm very proud that these coins celebrate the contributions of some of America's most remarkable women, including Maya Angelou," Yellen said. 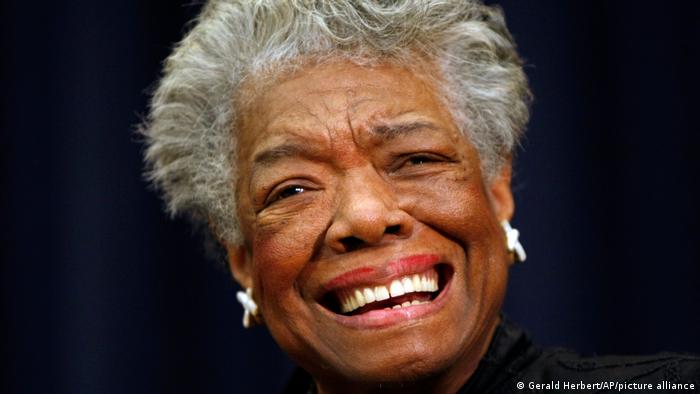 Senator Catherine Cortez Masto, who introduced legislation directing the mint to issue the coins, said Angelou was an inspired choice.

"This coin will ensure generations of Americans learn about Maya Angelou's books and poetry that spoke to the lived experience of Black women," she said in a statement.

The US mint is planning to issue 20 quarters over four years honoring women and their achievements.

Other women set to appear on the coins include Sally Ride, the first American woman in space; Wilma Mankiller, first female principal chief of the Cherokee Nation; Nina Otero-Warren, a suffrage leader; and Anna May Wong, a Chinese-American film star.

Why Angelou was chosen

Angelou rose to prominence with the 1969 publication of her autobiography, I Know Why the Caged Bird Sings, a candid account of rape and racism in the segregated South.

Angelou delivered the poem at Bill Clinton's first presidential inauguration, and in 2010 Barack Obama honored her with the Presidential Medal of Freedom.