The iconic civil rights leader's vision for the United States has remained little more than a dream for large swaths of society. Half a century after Martin Luther King Jr.'s assassination, what needs to change? 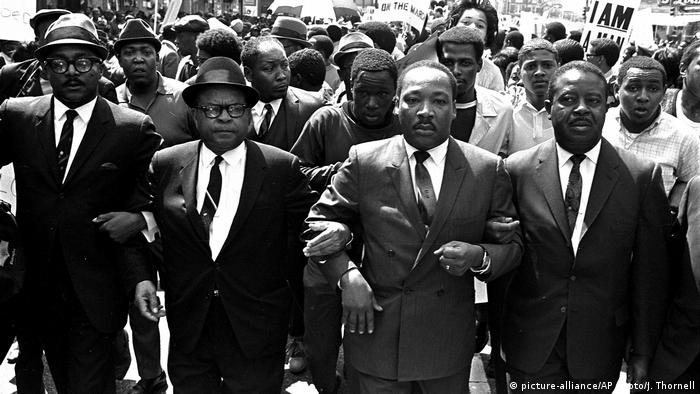 On April 4, 1968, Martin Luther King Jr. was killed by a sniper's bullet. The leader of a peaceful resistance movement, dead at the age of 39,  would never see the outcome of his fight for equality in the United States.

Despite increased social mobility for African-Americans in the 50 years since King's death, many black people in the United States continue to face systemic disadvantages across all levels of society.

Economic inequality, mass incarceration and police violence stand out in a crowded field as three of the most glaring examples of issues that disproportionately affect their communities. And, with a president accused of racism, many fear the trend in national politics is chipping away at their forebears' victories.

Elsie Scott, director of the Ronald W. Walters Leadership and Public Policy Center at Howard University, a historically black college in Washington, DC, is concerned about the state of affairs in the United States today.

"It's not so much optimism as we commemorate the 50th anniversary of the murder of Dr. King," she says. "I think a lot of black people are concerned with the tenor coming out of Washington right now."

The enduring effect of poverty from cradle to grave

Although the rate of higher education and entrance into the middle- and upper-class has increased drastically for black people since the late 1960s, the relative numbers paint a much bleaker picture. 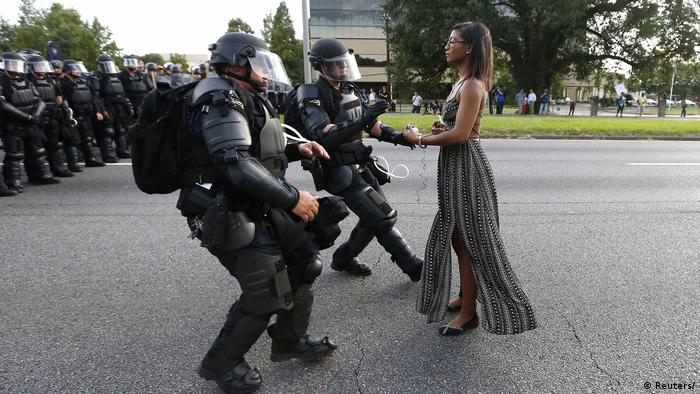 MLK's path of peaceful resistance continues to inspire protesters. This 2016 photo of protester Ieshia Evans emerged as a symbol of the Black Lives Matter movement

"The percent of median income is exactly the same as it was 50 years ago," says Margaret Simms, a fellow at the Urban Institute think tank in Washington, D.C.

She notes that today's poverty levels are roughly three times as high for black people as for white people – even in a strong economy. According to the US Census Bureau, the poverty threshold in 2017 amounted to roughly $16,400 (€13,322) for a two-person household under the age of 65.

Although unemployment rates have fallen since they spiked at nearly 20 percent for African-Americans (compared to nearly 10 percent for whites) in 1983, a significant gap in joblessness between the two groups remains.

Read more - Poverty in US set to increase under Trump, says UN official

"The fundamental issue is economic inequality," says Timothy Jenkins, a board member of the non-profit Teaching for Change who was an active member of the Student Non-Violent Coordinating Committee, one of the major civil rights organizations of the 1960s. "Born of the traditions of slavery, blacks have had inadequate foundations in the economy."

Without the same economic opportunities, they have not been able to accumulate wealth and therefore have a lower chance of upward mobility, he says.

"The typical family in America accumulates wealth through home ownership," Jenkins notes. "But for years the home ownership that is provided through federal and state resources has excluded blacks."

Add to this the trap of poorer schools for poorer neighborhoods, and black children have little opportunity to one day break the cycle by way of a better education.

"Those are the kind of things that will continue for the next 50 years if you don't make some major adjustments." 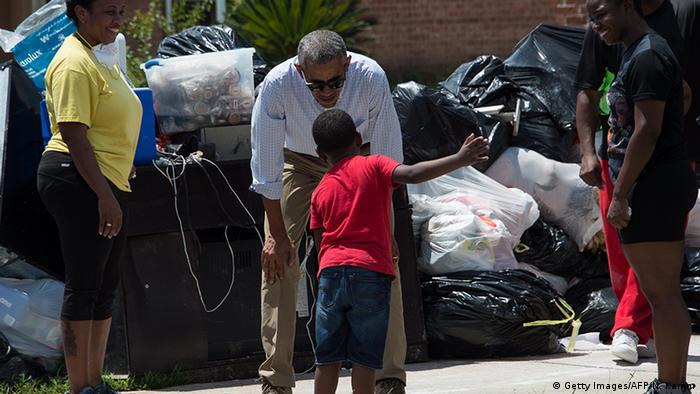 The pipeline to prison

The United States locks up more people per capita than any other country, according data published in April by the Prison Policy Initiative, a Massachusetts-based research and advocacy group. According to the NAACP, African Americans are incarcerated at over 5 times the rate of whites; they made up roughly 34 percent (or 2.3 million) of the correctional population in 2014.

"[Mass incarceration] has actually gotten worse than it was during the time Reverend King was promoting equal rights," Simms says.

The effect lasts long beyond the time a person spends in prison. Criminal records make it difficult to find jobs and often result in limitations on voting rights; families that struggle while their loved one is behind bars also can produce children who are disadvantaged both economically and psychologically.

Many advocacy groups point to drug laws that disproportionately affect African Americans. The NAACP says although black and white people use drugs at similar rates, the imprisonment rate for black people on drug charges is nearly 6 times as high.

"We used to talk about police brutality back in the time when Dr. King was alive and he was talking about children being hosed and people being beaten," says Scott. "Now you're talking about people getting killed."

Black men are more than three times as likely as white men to be killed by police, according to investigative magazine Mother Jones. Following a string of high-profile deaths of black men at the hands of law enforcement, in March police fatally shot an unarmed man in Sacramento, California, as he used a cell phone in his grandmother's backyard. An independent autopsy showed Stephon Clark was shot eight times – mostly in the back.

Simms believes part of the problem is unequal enforcement due to officers' perception of who is likely to be a perpetrator. Fear of their preconceptions has led African-American communities to internalize different lessons about their relationship to the police.

Kendi believes a first step would be to transfer the power to investigate instances of police brutality from the police departments to citizen advisory boards.

"There's no sort of conflict of interest with them. They simply want justice. But of course police officers and their politicians who represent them have resisted that," Kendi says.

From dream to nightmare?

In 1967, a few years after his iconic "I have a dream" speech, King told an interviewer that his dream for America had "at many points turned into a nightmare."

Kendi sees parallels between King's nightmare-dream dichotomy and the United States in 2018. He says many African Americans look no further than the presidencies of Barack Obama and Donald Trump as examples.

"[We see] a history of racial progress and racist progress– a racist progress that he was challenging during the last few months of his life," Kendi says. "And we're experiencing that today."

For Scott, the constant threat of encroachment on hard-won steps toward equality is particularly devastating. She recalls a recent conversation with one of the old civil rights leaders, who lamented, "If my grandchildren have to fight the same fights that I had to fight, why did I do what I did? Has my living been in vain?"

Protests have broken out again in the capital of the US state of California after an autopsy contradicted police accounts of the shooting of a black man. Another larger rally is planned for Saturday. (31.03.2018)

Obama: Closing divide between police and minorities 'not there yet'

President Obama has encouraged Americans to "sit down and grind it out" to fix relations between minority communities and police. Talks in Washington have come amidst the first funerals for the fallen Dallas officers. (14.07.2016)