Songwriting is excruciating, but it's what he lives for, says German musician Maxim in DW's Pulse studio. After shaking up the German charts with his single, he's now on tour with his new album, "Staub." 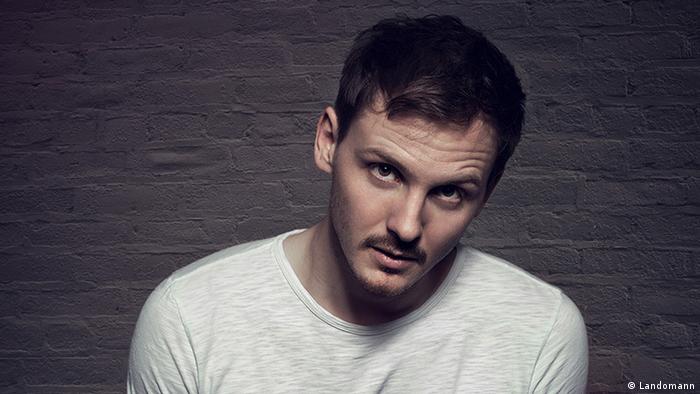 Just hours before opening for US rapper Kendrick Lamar in Cologne, Maxim stopped by the Pulse studio for a chat and live unplugged performances of his two most popular singles, "Meine Soldaten" (My Soldiers) and "Rückspiegel" (Rear View Mirror).

Characterized as urban pop, Maxim's raw vocals and soul-baring texts shot his single "Meine Soldaten" up to number 18 on the German charts earlier this year, garnering over four millions views on YouTube. He is currently on a Germany-wide tour with the rest of the album, "Staub" (Dust).

Listen to the live interview with Maxim and his studio performances on the Pulse website (available through August 27). For tour dates and music videos, visit Maxim's homepage.

DW: Your single "Meine Soldaten," or "My Soldiers," has a military reference. What's the song actually about?

Maxim: I think it's about dealing with pain. I used this image of war because it's a classic image of how to treat pain.

Have you experienced "war" in that sense?

Yes, probably everybody has. I don't want to explain it in the special case of my life because it's boring. Everybody has experienced the same thing. What's interesting is that you can describe such an experience in a totally different way. And I used images of war - I'm sending out my soldiers to ease the pain.

Your sound has been described as urban pop, and it definitely has a mysterious quality. But you used to be a reggae musician. How do these roots influence your music today?

Probably in a certain way, but I don't know how. (Laughs) Reggae is different - but I learned to make music with reggae. It's in me. Somewhere inside it's there. But I can't explain how it comes out. Did you teach yourself how to make music?

Yeah, everything I do is just learning by doing.

You have a bit of a multicultural background. Your mother is French, your father is German, and you developed an interest in reggae while you were doing an international school exchange program. What impact has that international experience had on you?

This exchange was in Guadeloupe. That's in the French Antilles. And this was the moment when I discovered reggae for me. So it was very important for my career. I had the idea that if they can do it in French - because it comes from Jamaica, it's not French music - or in Creole, the language they speak there, then I can do it in German. This was the first idea of how I could make my own music.

What was the point when you said, yeah, I want to make music my life?

That was a really non-dramatic moment. (Laughs) I remember, I was in the car with my mother and she was bringing me home from school. It was the last year in school and she asked me, 'Maxim, what are you going to do then now after school?' And I was like, hmm. And that was the first moment that I was really thinking about it. And I was like, the thing that is the most fun for me is music. So I said, I'm going to be a musician, and she was like, 'Ok!' She wasn't really shocked.

And was there a point along the way when you wanted to give up?

Very often. I'd already made three albums before this album, and those were not so well known. For me, that was ok because I developed, but there was not enough money coming in. Every time I made a album, I was thinking about stopping, making another decision, and doing something that was better for making money.

With your nation-wide tour going on right now, I'm sure that's not your worry at this point. You have so many people listening to your music and so many people you can communicate something to. What is it exactly that you want to communicate to your listeners? 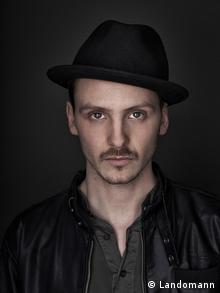 It was reggae that first got Maxim making music

Well, this is a big question. Probably much too big for me to answer. In the first moment when I right a song I'm not thinking about the people, I'm just thinking about myself. I write a song for me, not for them. I think it's not possible to be authentic if you think about what the people think. Then you write for them and you forget yourself. So I write something and later on, perhaps I recognize that it's something that other people can also feel. It's just my problems and my life. That's what I'm dealing with in the music.

You're in the middle of a Germany-wide tour and have shows lined up through October. What are the pros and cons of life on the road?

I really love it. There aren't so many cons for me. The whole time when you're producing an album, you're closed in your own room and you're not meeting so many people and it's a very lonely job. And when you finish, you're really happy about going out. I'm really enjoying it at the moment.

And the concert itself is so short!

Yeah! For example today I'm playing the support show for Kendrick Lamar and I'll play for just half an hour.

Tell us about one of your most memorable moments on stage.

What's your favorite part of the creative process? Is it writing the songs?

Writing songs - I love it and I hate it because, as I explained earlier, it's very lonely. It always means sitting in your room and thinking, thinking, thinking. During the process of writing this album, it was the first thing I thought about when I woke up and the last thing when I went to bed again.

Writing is the first thing that I define myself through. It's not the singing part or the musical part. For me, it's the lyrics. So it's really a love-hate thing. Sometimes I really hate it - deeply! I would like to stop and never do it again because it's destroying my brain and my heart and everything.

The concerts are always really nice - that's the enjoyable part! But in the creative process, the writing part is the hardest part.

Following many years of stagnation and dwindling turnover, Germany's music industry has reported rising revenues for the first six months of 2013. The market is still dominated by CDs and even vinyl. (19.08.2013)

At the International Radio Exhibition in 1963 in Berlin, it was declared a marvel of sound technology. From dictating texts to making music mix tapes, the cassette was everywhere. A look back. (14.08.2013)

Rammstein's world tour just came to an end at Wacken. There's media hype and a dash of mysticism wherever Germany's most successful metal band goes. But the band's personal assistant wants none of it. (09.08.2013)

Listen to the interview on Pulse