At the International Radio Exhibition in 1963 in Berlin, it was declared a marvel of sound technology. From dictating texts to making music mix tapes, the Compact Cassette was everywhere. A look back. 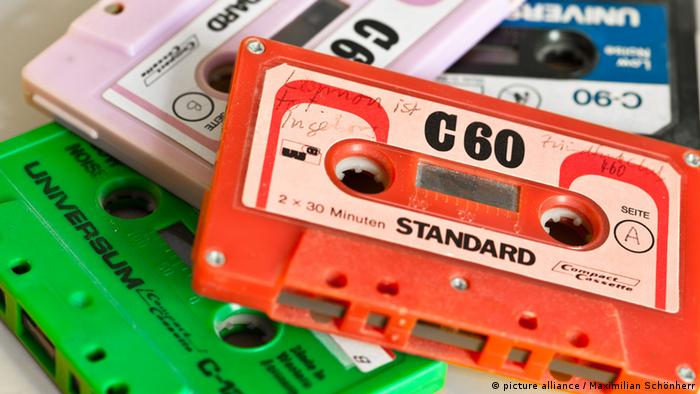 Many of us can recall it: the Compact Cassette could come in 45, 60, 90 and 120-minute lengths. Piano sounds howled with the fluctuations in playing speed. Recordings were riddled with hiss and noise. And then there were the times - often while fast-forwarding or rewinding - that the tape got tangled up. If you could manage to pull the cassette out of the recorder without ripping it, you could usually wind it back up with a pencil inserted into one of the two middle holes. 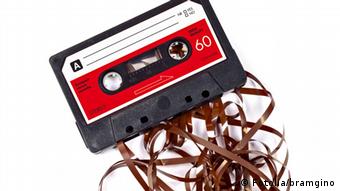 Knotted tapes could be a nightmare

CDs and MP3s have superior quality and convenience, but the cassette tape was a highly trendy item in its day. Even today, people throw "mix tape" parties, playing each other's favorite music compilations. New cassettes are now rare and in high demand.

Decades ago, wanting to buck their parents' musical tastes, young people would record music straight off radio or television. As Jan Drees recalls, kids and teenagers created their own radio plays. The journalist and author of the book "Kassettendeck" (Cassette Deck) described to DW how, rather than buying new cassettes, he would filch tapes from his father's stereo cabinet. And - like father, like son - he would put together mix tapes, just like his father did when he recorded and meticulously archived old favorites from radio programs. 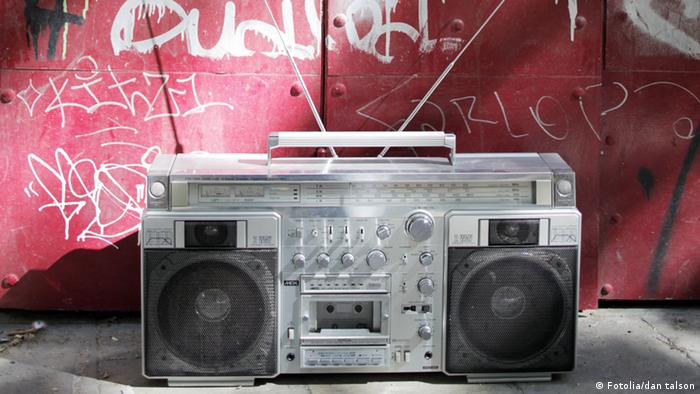 GEMA, Germany's royalty collection society and music copyright watchdog, called this new, simple method of duplication "robbery" since no fees had to be paid for copying the music. (GEMA normally collects fees for such use and passes them on to the composers and lyricists of music pieces.) "GEMA did manage to initiate a scheme in 1985, in which, when someone bought a blank 60-minute cassette in a store, 19 Pfennige (German cents) went into a central kitty," Drees recalled. "Those sums were then divided up amongst the creators of works."

Drees explained that, even now, being able to duplicate music for private use does not necessarily mean that fewer records are sold. German bands such as Die Ärtze, Die Toten Hosen and even newcomer Jupiter Jones expect not only GEMA payouts from blank recording media that are sold, but also from Internet platforms such as YouTube and Myspace. "GEMA will thus continue to monitor new media as well," noted Drees.

With a view to German history as he did research for his book, Drees said the technical quality of blank cassettes in West Germany - when the country was still divided - was better than in East Germany. But availability was an even bigger problem.

"It was difficult to even get your hands on blank cassette tapes in the East," he said. The government put a cap on them, not wanting to have too many in circulation since bands now had the ability to record and duplicate their own albums. 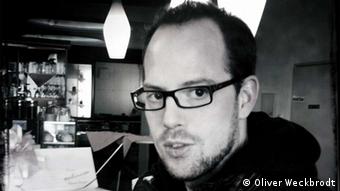 Only two music labels existed in East Germany during the 1980s, and culture functionaries determined what would be released. "But with cassettes, punk bands and jazz musicians suddenly had the world at their feet," Drees explained to DW. Once they got their hands on blank cassettes, people in the East could record their favorite bands from West German radio, too. "There were a lot of parties in East Berlin during the 80s, where music 'from the West' was played."

Although most music cassettes now collect dust on shelves or have been thrown out, the homely 50-year-old Compact Cassette still has many fans. "People - especially in the indie-music scene - throw cassette tape parties," noted Drees. "It's become kind of a trendy thing - just like wearing digital display watches from the 70s."

In some ways, the music cassette has melded with modern digital technology, with "mix tapes" available for download on the Internet.

Smartphone covers that look like music cassettes or cassette images on t-shirts are popular. Berlin-based artist Gregor Hildebrandt "has created amazing, huge works from old cassette tapes," Dress told DW. "They're shown around the world, and people buy and collect them. Even musicians like the Beastie Boys are fans of Gregor Hildebrandt." Two books about cassette tapes are also due out soon in Germany.

Up until just a few years ago, audiobooks on cassette were on the market. But the golden age of the cassette tape has come to an end - something even young Eurovision music contest winner Lena laments in her song "My Cassette Player." She sings about missing her old tape deck, desperately wanting it back.

Adding warmth to digital sounds worth the 'additional step'

The Vienna-based electro quartet Ghost Capsules loves its analog tech. But band members also use software synths and laptops. Problem is, they've found the technology needs a lot of warming up. (30.07.2013)

The "ancient" medium of cinema has met its match in the form of video and computer games. But can the two work together? (11.07.2013)

Who should pay for culture? France has long supported hefty state subsidies, like boosting filmmakers' budgets and paying artists unemployment benefits. Now in the digital age, France is adjusting its approach. (22.05.2013)