A massive police operation in Brussels has come to a close after at least 19 houses were searched and more than a dozen people arrested. The prime minister said schools and the metro system would be closed Monday. 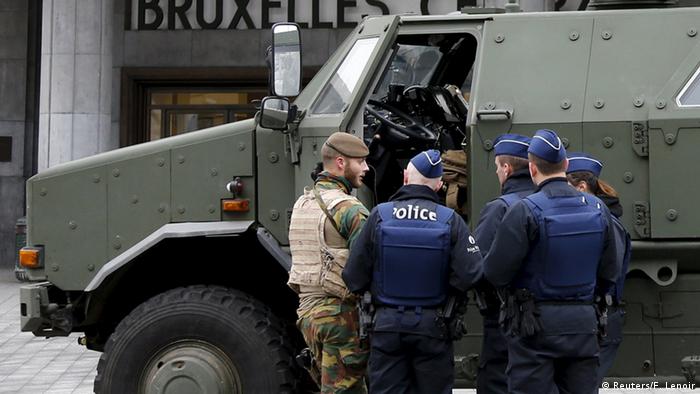 Several police operations in the Belgian capital on Sunday came to a close shortly before midnight, with several people arrested.

Brussels' largest mosque is bankrolled by Saudi Arabia, a Salafist regime. Mosque leaders have dissociated themselves from terrorism - but are not revealing everything. Barbara Wesel reports from Brussels.

Belgian federal prosecutor Eric Van Der Sypt said that 16 people were arrested, and at least 19 houses were searched by police.

One of those detained was injured when a car he was in tried to ram police during an attempted getaway, Van Der Sypt is quoted as saying by AP.

"Neither firearms nor explosives were found. Salam Abdeslam was not found during the search...The investigation continues," said Van Der Sypt.

Abdeslam is suspected of playing a key role in the mass killings in Paris.

Belgian Prime Minister Charles Michel said that the operation was in response to an "extremely serious situation" in the capital.

"What we fear is an attack similar to the ones in Paris, with several individuals who would possibly launch several attacks at the same time in multiple locations," Michel said during a press briefing.

Michel added that schools, universities and metros will be closed on Monday as Brussels keeps the terror-level alert at 4, meaning a threat was "imminent."

Some companies advised their employees to work from home on Monday. Sporting events were also canceled.

Belgium will also leave in effect a terror-alert level 3 for the rest of the country.

NATO said it would open on Monday, with security measures increased. The European Union's Commission decided to stay open for business but its vice president, Kristalina Georgieva, warned people to be vigilant and expect increased security checks.