The renovation cost 30 million euros - but the Margravial Opera House in Bayreuth now shines brighter than ever. The original baroque theater has opened its doors again on Thursday, 12 April.

Shortly after UNESCO included the Margravial Opera House on the World Heritage List in 2012, it was closed for extensive restoration work.

The renovation work took six years. Wide cracks in the wooden theater building had to be repaired. The focus was on preserving the original material. 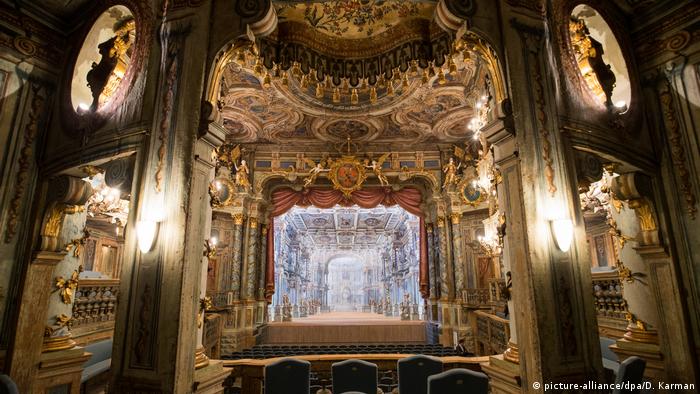 The proscenium after the renovation

An addition to the stage, undertaken in 1936/37, was removed. This means that the stage opening has the same dimensions as in the 18th century.

At times, up to 30 conservators removed the layers of paint and grime.

Water damage in 2014 meant the building's technical services also had to be renewed. Originally estimated to cost 19 million euros, the restoration ballooned to 30 million euros. 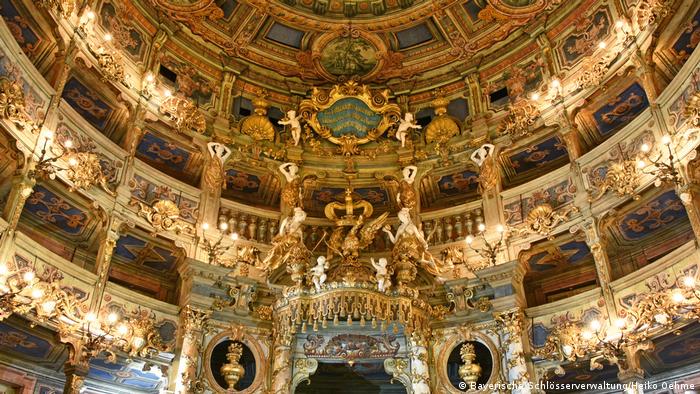 More gold: splendour of the auditorium

At the ceremony on Thursday, the Logentheater will be much lighter and brighter than in 2012 - closer to what it was at the time of Margravine Wilhelmine. She had the building erected between 1746 and 1750. It became one of the most spectacular festival houses in Europe, and is the only example of court opera architecture in Europe, which allows the culture and acoustics of the baroque court opera to be experienced authentically. 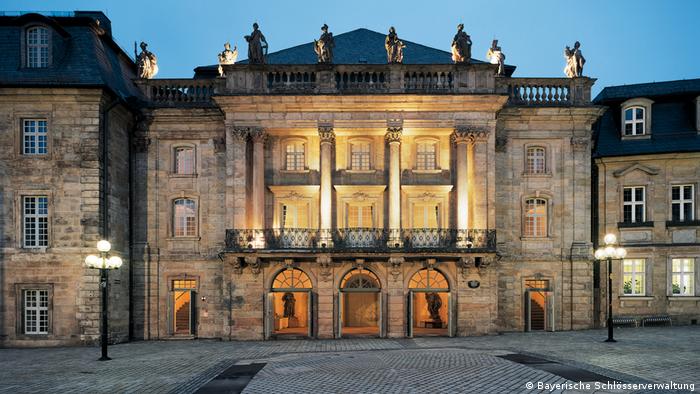 The Margravial Opera House in the city center of Bayreuth

In addition to its use as a museum, the Opera House will be used primarily in the summer months for concerts and theatrical performances. Thus Bayreuth has a further touristic highlight next to Richard Wagner's Festspielhaus on the Green Hill.

No venue in the world conveys the atmosphere and acoustics of a Baroque court opera house quite as authentically as this one: The Margravial Opera House has been a UNESCO world heritage site since 2012. (13.04.2018)