Margot Honecker, the widow of former East German leader Erich Honecker, has died in Chile at the age of 89. She had lived in Santiago for the last 20 years. 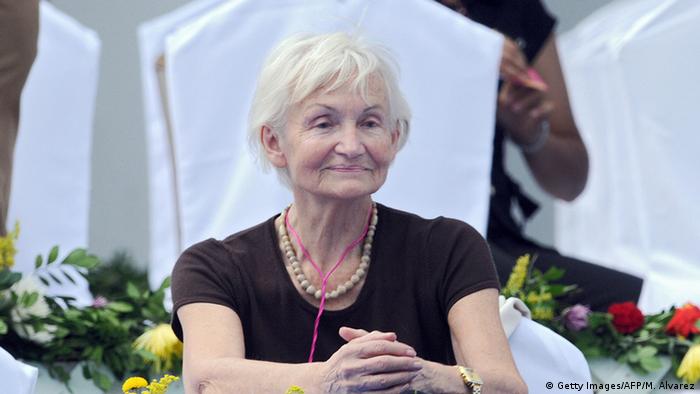 Margot Honecker died on Friday in Chile, according to people close to the family.

Local television reported that she had been suffering from cancer.

Honecker had been living in the Chilean capital as a recluse.

Honecker served as education minister during her husband's term and introduced mandatory military training into schools.

She was known locally as the "Purple Witch" because of her tinted hair and hard-line stance. Former Bundestag president Wolfgang Thierse described her as "the most hated person" in East Germany next to Stasi chief Erich Mielke.

The couple left Germany for Russia in 1989. Fearing extradition to Germany, they took refuge in the Chilean embassy in Moscow in 1991. Erich Honecker was extradited from Russia to Germany by Boris Yeltsin's government but he was released on grounds of ill health in 1993. They moved to Chile in 1993.

In 1999, Honecker lost a lawsuit to regain private property that had been confiscated by Germany's government.

One of Honecker's last public statements was a comment on people who had tried to cross over the Berlin Wall, calling them "stupid."

"There was no need for that, it was not necessary to climb the wall," she said in an interview with ARD television. She defended the East German state, attacked those who brought it down and complained about her pension. "The GDR also had its foes. That's why we had the Stasi," she told the Guardian newspaper in April 2012.

Honecker is survived by her daughter, Sonja, who lives in Chile. Erich Honecker died of cancer in Chile in 1994.

Panty hose, that's only one of the things political prisoners in the German Democratic Republic had to manufacture. A new study has provided an insight into the lives of forced laborers who - officially - never existed. (23.06.2015)