Margarita Pakhnotskaya, deputy head of RUSADA: 'The data was deleted'

The deputy head of RUSADA has denied that her agency manipulated laboratory data. WADA has opened compliance proceedings against the agency after examining historical testing data it received early this year. 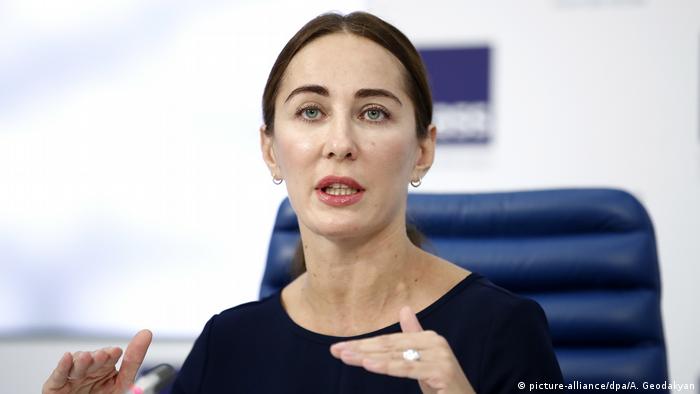 Margarita Pakhnotskaya: It was deleted.

So it was simply deleted from the system?

How does Russia's anti-doping agency (RUSADA) fit in into all of this?

RUSADA has nothing to do with this, WADA understands that – so do all the other international organizations and federations, as well as the International Olympic Committee (IOC).

So you can give me a 100 per cent guarantee that RUSADA had nothing to do with manipulating or falsifying data, either now or in the past?

I can guarantee that, totally – this is the way it is.

Let's move on to comments made by your boss Yuri Ganus, RUSADA's director-general, who said that the manipulating of data was conducted at the behest of senior officials – at least that's the implication of his words. What do you say to that?

I think the person or group of people who did this are very bold – I don't know what their motives were. In effect they undermined not only the Minister of Sport but also underminedthe president. Both the minister and later the president said that a dialogue was taking place, that everything would be handed over and that Russia was interested in putting the crisis behind it and recognizing that mistakes had been made.

Your boss says that this could have been about someone simply trying to save their own skin…the mundane interests of a high-level official seeking to avoid punishment. Who could that be?

Perhaps…….we can try to speculate about the ins and outs, but the thing is that the situation looks so absurd even if this was just about an official trying to save their own skin. Many of the athletes in question have retired, if you look online – there just aren't that many former elite or even middle-level athletes now in positions of power.

RUSADA boss Ganus says those responsible should be punished, do you agree?

I agree with that and I think that punishment should be severe and public. 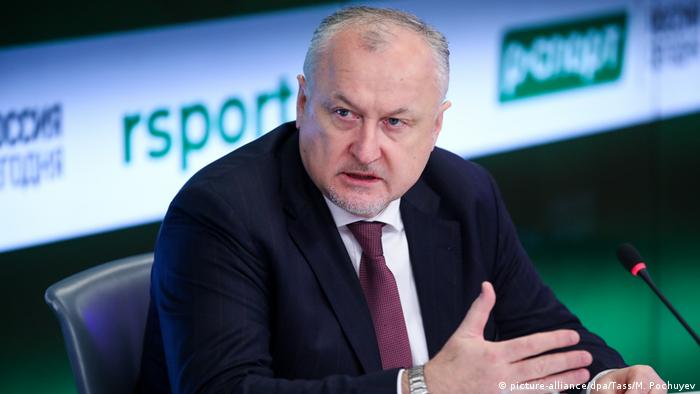 You mentioned Pavel Kolobkov, the Russian Minister of Sport. He bears the political responsibility for what goes on in the country in terms of doping. You said he had been undermined. Is he the right person for the job? Has he got something to answer for?

Of course he should.

What needs to happen for change to happen? Who can guarantee that things will change if the president himself can't? Or is that an impossible hope and this something that will go on forever?

I would seriously look at the question of management – in detail and not turn a blind eye to anything.

I don't want to offend anyone and there are of course exceptions – but just because you were a great athlete doesn't mean you can lead a sports federation or become head coach. These people are athletes and not coaches.

WADA is planning to announce its decision soon which could see penalties for Russia and Russian athletes. What do you think that decision from WADA will look like? Could it include Russian athletes being barred from competing in the 2020 Summer Olympics in Tokyo?

That's a good question – that of course would be a real blow for those athletes. I really feel for the people planning to go (to the Olympics) - they haven't done anything to deserve this.

What would you say to athletes who've been training all their lives, for whom sport is their life and now suddenly find themselves facing potential bans?

I would say roll with the punches, that's the first thing. Secondly, keep on training and maintain your flawless sporting reputation and be strong.

Yuri Gannus has said that RUSADA is in no way connected to all of this and that it was done at the behest of senior officials. You say the same thing. What do you say to suggestions that this is all about saving your own skins, careers and avoiding punishment yourselves?

I've read similar suggestions. What we're doing is all about saving and protecting RUSADA….RUSADA can no longer be put under pressure. I understand that people might understand the term independent in different ways – in the past the creation of an independent agency seemed like a utopian idea, but today it's a reality.

Margarita Pakhnotskaya is the deputy director-general of RUSADA, Russia's anti-doping agency. In 2015, the World Anti-Doping Agency suspended RUSADA after the WADA-commissioned McLaren Report found evidence of state-sponsored doping in Russia. The suspension was lifted in September 2018. The conditions for RUSADA's reinstatement included handing over data stored at its laboratory in Moscow. Last month, WADA announced that it had opened compliance proceedings against RUSADA after examining the more than 2,000 samples it had received in January 2019. Should WADA declare RUSADA non-compliant, it could put increased pressure on the IOC to bar Russian athletes from the 2020 Tokyo Games.

The interview was conducted by Juri Ruscheto.

The "Rodchenkov" bill was named after the whistleblower who revealed the Russia doping scandal in 2016. But the World Anti-Doping Agency was not happy with the US bill, claiming double standards were at play.