If it is ever to emerge from crisis, Greece will need more debt relief to allow it to restart its economic engines. That's what Marcel Fratzscher, President of the German Institute for Economic Research, is calling for. 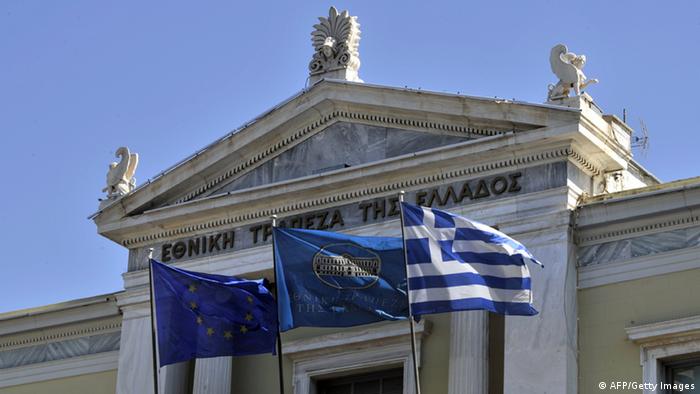 Deutsche Welle: Mr. Fratzscher, you advocate a further drastic 'haircut' for Greece. What form would this take?

Marcel Fratzscher: We have to realize that Greek government debt is still far too high. Greek public debt is not sustainable. So the question is, how can we get back to a sustainable model again? We can't achieve much through a further easing of credit conditions, in the form of longer bond maturities and lower interest rates.

We therefore need to consider how we can bring about this sustainability, to allow the Greek government to be able to function again. At the same time, it is important to Greece's European partners that the requirements Greece has agreed to will also be adhered to in the future. The challenge here is to find a balance between the two.

So there would be a haircut only if Greece keeps reforming?

Yes. The European partners want a promise from the next Greek government that it will stay on the path of reform. Greece still has some reforms ahead. The country has already done a very, very great deal, but state institutions still need to be improved. The country must be made more competitive, and companies will need help to start investing more again. It will be important for its European partners that Greece keeps its promises.

Could the eurozone and Germany cope with vast debt relief?

The experts have yet to work out the extent of the restructuring and how much state debt should be written off. For me it is clear that the restructuring effort has to be big enough. Once again, we don't want a small solution where we have the same problem two or three years later. Europe can surely manage this.

It's a matter of helping, but of course we also get something in return. That something must be continuing the reforms and not undoing them. I think this is the key point. Only when the Greek economy recovers and generates growth, when people return to work and can earn a good income - only then will Greece recover from its crisis, and only then will Greek sovereign debt be sustainable in the future.

These two items are essential for Greece to reduce its national debt while continuing reform, so that people can finally get back into work and have an income.

The German government has been very critical about further debt relief. What room for negotiation is there here? What do you expect will happen?

My expectation is that European politicians will enter into negotiations with the next Greek government, no matter who makes up that government, even if it's Alexis Tsipras. We must then think carefully about how best to accomplish the common goal of leading Greece out of the crisis. I expect a very constructive approach from all European partners, including the German government.

How would you describe the Grexit discussion, the talk of a Greek exit from the eurozone?

The discussion about Grexit is harmful, especially for Greece. Without the euro, Greece would fall into an even deeper depression than is already the case.

We can easily imagine what would happen if Greece gave up the euro as its currency and changed to a new drachma: There would not only be an immediate national bankruptcy, but there would also be a massive wave of insolvencies among Greek banks and almost all Greek companies.

Unemployment would rise significantly, while income would drop significantly. In addition, galloping inflation would weaken the purchasing power of consumers in Greece. I am convinced that a Greek euro exit would cause massive damage over the subsequent five years.

Europe could more easily cope with a Greek exit, but there would also be a price to pay. From an economic perspective, no one is hoping for a Greek exit. And we must also realize the main victims of a Grexit would undoubtedly be Greek citizens. 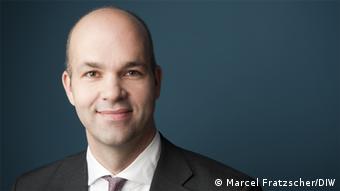 Marcel Fratzscher sees no alternative for Greece but to continue implementing reforms imposed by the Troika of IMF, ECB, and European Commission.

What will happen if Alexis Tsipras, the current opposition leader and head of the radical left-wing SYRIZA, wins the election, and stops the reform course?

I cannot imagine the reforms would not continue. Greece must be aware that the Greek government and the banks are still on European life support. They are dependent on aid. Greece's banks could not survive without the loans from the European Central Bank. They can only do because the ECB still continues to accept Greek government bonds and guarantees.

If the reforms do not continue, it will be extremely difficult for Greek banks to avoid collapse. The Greek government - including a government under Mr. Tsipras - will not be in a strong bargaining position at all.

If it wants to protect the economy and the people of Greece, it will continue the path of reform. I do not see any alternative.

Marcel Fratzscher is President of the German Institute for Economic Research (DIW Berlin), Professor of Macroeconomics and Finance at the Humboldt University of Berlin and a member of the Advisory Board to the German Economy Ministry.

Global markets have posted some much-needed gains after being slammed by a severe drop in the price of oil and growing fears that Greece could leave the eurozone. Deflation fears lifted equity but dragged down the euro. (08.01.2015)