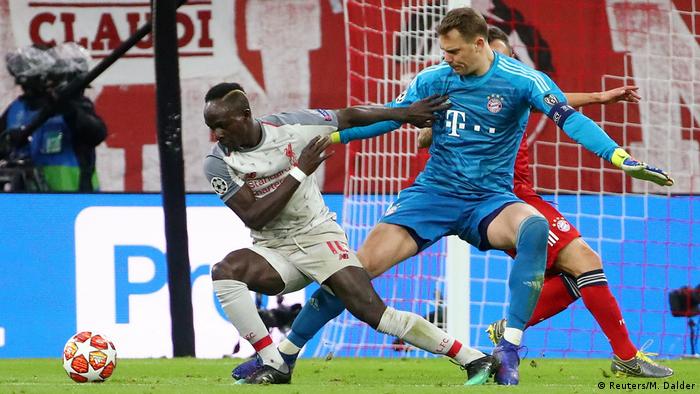 The run, the control, the spin, the finish. Sadio Mane's opener, the goal that put Liverpool on course for this famous Champions League win, was exquisite in its execution. It was also yet more proof that Manuel Neuer is not what he was.

Rushing off his line and finding himself in no man's land was never a very Neuer thing to do. His decision-making, presence and formidable shot-stopping were always his marquee features, and qualities that set him apart from the rest. For anyone still in any doubt, those days are long gone.

In the 27th minute, Neuer was all at sea. Wandering off his line with no real purpose allowed Mane to swivel and loft the ball into the empty net. Neuer absolved himself of blame in a post-match interview, indicating that Mane's skill rather than his rash decision was the reason for the goal.

"I can understand people might say it looks bad but he just did really well with it," he told Sky Germany. In reality, Mane's fine finish was only possible because of Neuer's poor decision-making. 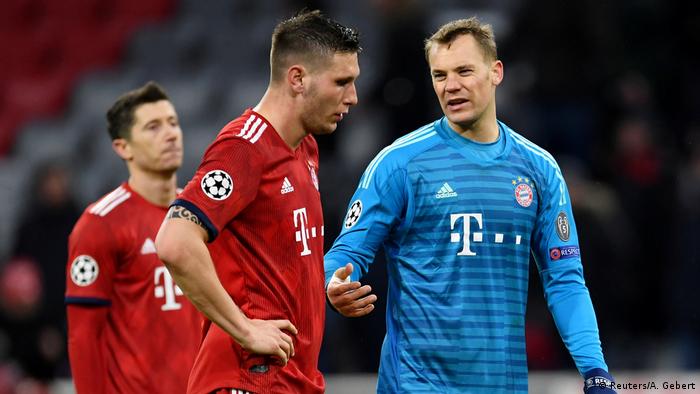 Rafinha had been eased out of contention a little too easily and there were other Bayern players who could have reacted sooner, but it was ultimately a blunder that handed Liverpool the crucial initiative on their way to a fully deserved 3-1 victory. One which ended Bayern's Champions League hopes at this stage for the first time since 2011.

Neuer's performance, which also saw a nervy double-fisted punch spin off his glove in the second half, brought back memories of Sven Ulreich's high profile Champions League gaffe in the Bernabeu against Real Madrid a little short of a year ago. It also came in front of the watching Joachim Löw, who dared to show his face at the Allianz Arena barely a week after ending the glittering international careers of three Bayern favorites. That bewildering gesture hasn't won Löw any friends in Bavaria, but Neuer can consider himself very lucky not to be among those whose international careers have been halted.

Neuer's mistake wasn't an isolated one. Bayern were dreadful and, when tested against truly top opposition, they came up short all across the pitch. Liverpool, even some way off their best on this bitterly cold night in Munich, exposed Bayern as a shadow of their former selves. A side in dire need of an overhaul, a side short on inspiration.

Barely 24 hours earlier, Neuer's opposite number, the Liverpool goalkeeper Alisson Becker, had heaped some overly optimistic praise on the German.

One player who will be comparing himself to Neuer is Marc-Andre Ter Stegen, who has been irrepressible for as long as Neuer has been in decline.

Ter Stegen was busy keeping goal in Barcelona's 5-1 win over Lyon and hasn't conceded as many goals as Neuer did in Munich on Wednesday since November. It's now beyond any doubt who should be Germany's No. 1, and it's not Neuer. Only one person seems to have missed the memo.

However, after this performance in Munich, Niko Kovac might also be considering whether Neuer is the right long-term choice for a Bayern side whose weaknesses were brutally exposed.

Bayern Munich were the last Bundesliga side left in the Champions League, but Jürgen Klopp returned to remind the record German champions that they're a long way from challenging. A poor game was decided by one man. (13.03.2019)

Germany regular Joshua Kimmich has broken ranks to criticize Joachim Löw's handling of Thomas Müller, Jerome Boateng and Mats Hummels. The Bayern Munich man said the way the trio were axed by Löw was "not ok". (10.03.2019)