The newest comic craze from Japan conquers Europe. While teenage girls are fascinated with their exotic new heroes, their parents are concerned about what they consider inappropriate content. 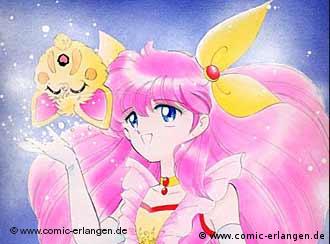 To most parents, the idea of children spending all their pocket money on comic books and video games is a very disturbing one, to say the least. The father of 13-year-old Monika from Stuttgart is no exception. Monika, who calls herself "Moni Shojo" (shojo being Japanese for "young girl") when chatting with friends in the Manga Chat Room of the German based Carlsen Comics publishing house, complains about how her dad "just doesn’t get it."

What he doesn’t quite understand is Monika’s hobby: Manga comics. In particular, it’s the fact that Monika already spent most of her allowance on the "Dragon Ball" series and just asked for a loan to buy the brand new Dragon Ball bed sheets that upsets both her parents. "Well, fine," writes Monika on the fan web site, "I guess it’s delivering newspapers then for the rest of the summer. I want those sheets and I’ll get them. Dragon Ball rules!"

"Mangas" (Japanese for "pictures") are the newest craze in comics. Ever since "Dragon Ball", the most successful of the Japanese comics, came out in 1997, German kids between the ages of three and thirteen have followed Japanese teenagers in "Manga Mania."

What’s most surprising about this new trend is the fact that young girls make up the majority of readers. This is especially true for the manga fan clubs which have experienced a major boom not only in Germany, but in other European countries as well.

While their male classmates or "shonen" (boys) dream of becoming the spidermen and batmen of the future, European girls increasingly find their role models in tough, always-on-the-go action heroes like the female main character in "Sailor Moon". This comic strip, mainly targeting teenage girls, has recently been made into a successful TV show and several movies, most of which are shown on German cable channels.

But while European teenage girls are very much into the manga cult and eager to purchase as many Dragon Ball and Sailor Moon comics and accessories as possible, the new trend has started a controversy among parents. Many parents support manga comics because they feel they introduce their youngsters to foreign cultures. At the same time, they are also concerned about other aspects connected to the manga craze.

European parents find it hard to understand how Japanese men can sit with their heads buried in comic books on rush-hour trains without any sense of embarrassment. While in the West mainstream comics are almost entirely for children, in Japan there are many types of manga – and some of them are most definitely not suitable for children.

Graphic violence and sex have been commonplace in manga for years. Even a Japanese law introduced to curb child pornography excluded manga. And while Japanese parents seem to utter little concern about the alleged pornographic aspect of manga culture, many European and especially German parents feel that something should be done to keep out the inappropriate content.

In Germany, the controversy is in full swing. Most recently, "Spiegel Online" contributed to the ongoing discussion in a feature titled "Manga Chutney". In the article, 13-year-old Birthe Claußen from Hamburg was interviewed about what started her fascination with the Japanese girl’s comic "Sailor Moon".

At first, Birthe says, she did not quite comprehend what she saw, but was nevertheless fascinated by the artistic qualities of the strip: "I had never seen drawings like that. The pictures where mind-blowing, the pace of the stories breathtaking and the characters cute. The plot seemed to be odd and confusing at first, but after a while their humor really grew on me."

That was four years ago when Birthe was twelve. Now, she owns 42 issues of the series and the walls of her room are plastered with Sailor Moon and Dragon Ball posters and pictures of her heroines that she drew herself. With a total of more than six million copies, her favorite Dragon Ball is the undisputed bestseller among the manga comics sold in Europe, and the film version ranks in second position with German kids.

From insider tip to market leader

What started out as a tip among insiders has now become a major market. More than 50 different series appear every month. Certain issues have sold more than 200,000 copies and outranked even traditional comics like Superman and Batman. At the Hamburg Carlsen Comics headquarters, home of French comic classics such as "Asterix" and "Gaston", editors say the new comics from the Far East constitute more than eighty percent of their profits.

"This is a major revolution within the European comics market," says Joachim Kaps, head of marketing at Carlsen. "With manga we finally managed to regain our position as market leader and reach target groups that were out of reach before."

Apart from the exotic drawings, what teenage girls like Monika and Birthe find particularly intriguing is the ambiguity of the heroes’ gender and character. The male hero in "Ranma ½", for instance, turns into a girl when coming into contact with water, and he/she, as well as the remaining characters in the series, are neither good nor evil.

"Manga are just more sophisticated and detailed than traditional comics," says Birthe. Most of her girlfriends agree with her on this point, which seems to be the main reason for the huge success of manga comics in Europe.

According to recent statistics, the numbers of "manga shojos" ("comic girls") are still very much on the rise. And as Birthe and her friends come of age, they can look forward to yet another hit from the Far East that is becoming increasingly popular in Europe: "Lady Comics", tacky but nevertheless intriguing stories about young female business executives falling in and out of love with their male colleagues.