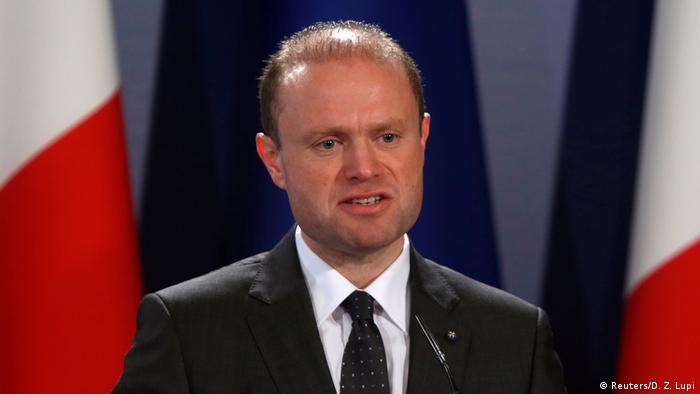 Muscat called new elections for June 3, nearly 10 months early, at a May Day rally of his ruling Labor Party supporters.

The 43-year-old prime minister has been under pressure in recent weeks after popular blogger Daphne Caruana Galizia made claims that his wife, Michelle, owned an offshore shell company in Panama.

A magisterial inquiry has been launched into the issue. Owning offshore accounts is not illegal in Malta, but the revelations and investigation have created a political backlash.

Muscat has denied the claims that his wife received money from the daughter of energy-rich Azerbaijan's president through a company established by the law firm Mossack Fonseca.

The law firm was at the center of the Panama Papers released last year, which revealed secret tax havens set up by the rich and powerful.

Muscat's ruling Labor Party government was roiled when the Panama Papers showed that his chief of staff Keith Schembri and minister Konrad Mizzi owned secret offshore companies. The identity of the owner of a third offshore account remained elusive until last month's bombshell claim linking it to Muscat's wife.

"Everybody knows about the attacks made in the past few days on me and my family. I have nothing to fear because truth is on my side, and I am clean," Muscat told supporters.

"My duty, however, is not just to protect myself but also to safeguard my country, and I will not tolerate a situation where jobs are lost because of uncertainty. We cannot allow uncertainty to slow the rhythm of Malta's economic miracle."

Despite the swirling scandal, Muscat maintains support due to low unemployment of 4.1 percent, a government fiscal surplus and one of the fastest growing economies in Europe.

Busuttil, who has led calls for the prime minister's resignation, accused Muscat of calling an early election to "stay out of jail."

Muscat has led the EU's smallest member state since 2013, when he broke 15 years of conservative rule.

Malta currently holds the EU's rotating presidency until the end of June.

Knights of Malta choose new leader amid row with Vatican

The Knights of Malta have elected Giacomo Dalla Torre as their new temporary leader. His predecessor, Britain's Matthew Festing, resigned in January after a quarrel with Pope Francis over distributing condoms. (29.04.2017)

A global network of journalists has published the names of thousands of offshore companies mentioned in the leaked documents known as the Panama Papers. The group said the records should be 'public and transparent.' (09.05.2016)

Tug-of-war in the fight against EU tax dodgers

How can the international tax system be made more equitable? That is the question EU finance ministers contemplated at their informal meeting in Malta. But, as usual, they were slow to make decisions, says Bernd Riegert. (08.04.2017)