Now that northern Mali has been taken by French and Malian forces, the extent of rebel violence against women there has become clear. The women still have to deal with the consequences of their abuse. 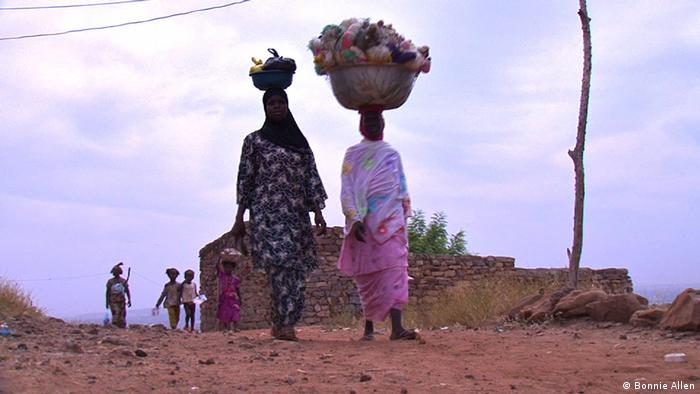 Many women have been forced to leave their homes in northern Mali as they fled from the sexual violence of the rebels. They are finding it hard to move forward with their lives, with little support for themselves, and little chance of seeing the perpetrators punished.

In June 2012, Mariam went out to buy some soap as the sun was beginning to set. Her city, Gao, along with the entire north of the country, was under the control of rebel militants. Three men in a vehicle seized her and took her to a police station where they beat her and locked her up.

At two in the morning, they opened the door.

"They took me, and they did what they wanted," she said. "They raped me. Ten men. Not one man, not two men - ten. Afterwards, they took me to the place where they found me and left me there."

She fled to the capital, Bamako, taking nothing with her and leaving her family behind.

Mariam is one of many: in the past year, the United Nations has received increasing reports of insurgents using sexual violence to terrorize the local population. Of the 400,000 people who have been displaced by the crisis, 80 percent are women and children.

From one form of abuse to another

According to reports, rapes were mostly committed by Tuareg separatist militants, who had control during the onset of the conflict. When Islamist militants linked to al-Qaeda hijacked the rebellion from the Tuaregs, the nature of the abuse changed: women were forced into marriage, subject to public beatings and had restrictions placed on their freedom of movement. 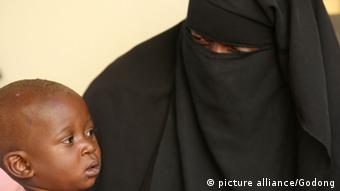 The Islamists have imposed new restrictions on women

Zainab Wala Sidi also fled from northern Mali. She now lives in a one bedroom apartment with borrowed furniture and a blanket stamped with the UN Refugee Agency logo - a left-over from one of the country's past conflicts.

Sidi used to run a women's organization in Gao and was well known as an activist.

"[The rebels] were asking for women leaders, the women who were able to give information," she said, explaining why she had to escape.

She managed to hide from the rapists, but two of her sisters were not so fortunate. Insurgents went through their neighborhood, systematically stealing from some and assaulting others.

Sidi's 13-year-old daughter was traumatized by what she saw on that day. Even here in the safety of Bamako, she lies in a corner of the room, with a sheet over her head.

'It's not what I call Islam'

Not all those who have had to escape are living in poverty. On the other side of Bamako, Ommu Sellsek has installed herself in an air-conditioned house with a new four-wheel-drive car and a chauffeur.

Sellsek is the mayor of Goundam near Timbuktu, but she too has been forced to come to Bamako. She is one of three female mayors in the country and the only one to hold the post in the entire northern region. 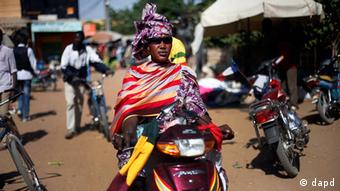 Women can appear in public now in Gao, but that's too late for many

But her prominence made her an easy target when Goundam was taken over by a Tuareg separatist group called the National Movement for the Liberation of Azawad (MNLA).

"Me, I was violated when they came to my house without permission and they took everything they wanted," she said. "They pointed their guns at our children. For me, that is violence."

Sellsek is a Muslim, but she does not associate her religion with violence against women.

More than 200 cases of sexual violence have been reported to the UN, though Sellsek believes that the actual figure is much higher.

"There are a lot of women who don't talk about being raped," she said. "But we know it because they are ashamed. For us, when someone learns that a woman is raped, it is impossible for her to be married."

Meanwhile, Mariam said she would like to forget her abduction and assault by the men in Gao - but she can't, because she's now eight months pregnant. 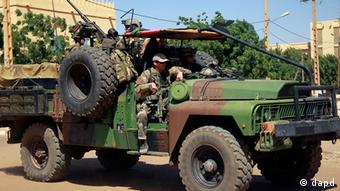 French troops have helped expel the rebels; now there's a need for justice

"My child won't have a father," she said. "I said I didn't want it, put people told me to keep the child. I don't have the means to keep it. I don't even have anywhere to live."

The EU said it will help people like her quickly by releasing some of the 250 million euros of development aid it froze after the coup in Mali in March last year. But most aid projects are targeted at the north of the country following the conflict, so Mariam is most likely to be left on her own - without help towards the living costs of herself and her baby, or towards the task bringing her attackers to justice.

Some names have been changed to protect people's identity.

Over the last three weeks, France has helped Malian government forces halt an Islamist rebel advance and recapture their urban strongholds. Mali is now under pressure to renew its democratic credentials. (31.01.2013)

Islamic militants in northern Mali have banned most types of music and forced local musicians to flee for their lives. In exile in Bamako, they are keeping their music alive. (18.01.2013)