A migrant who climbed four floors up a facade to rescue a small child in Paris has been offered French citizenship after meeting President Macron. A video of his Spider-Man-like heroism went viral on social media. 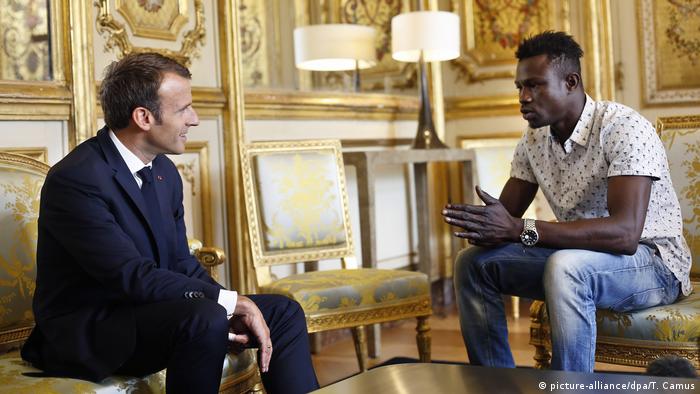 A young Malian migrant was on Monday offered French citizenship, after he scaled the facade of a Paris apartment block to save a 4-year-old child hanging from the fourth-floor balcony.

Mamoudou Gassama met with French President Emmanuel Macron two days after the dramatic rescue, where he was also given a medal for bravery, and offered a job with the Paris fire brigade.

"I have also invited him to apply for naturalization. Because France is a state of mind, and Mr Gassama has shown with determination that he has it!" Macron added.

Gassama has been living illegally in the French capital after arriving in September 2017.

The French president invited the 22-year-old to the Elysee Palace after a video went viral of the 22-year-old climbing Spider-Man-style up the building's facade on Saturday.

The incident, filmed in front of cheering spectators, was over in just 30 seconds, when Gassama pulled the child to safety. 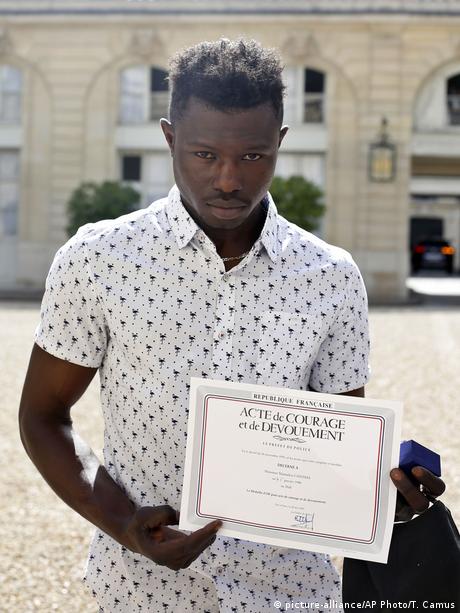 "I was not thinking of anything. I went straight up", he told Macron.

After receiving his medal Gassama said: "I'm pleased because it's the first time I've received a trophy like that."

Earlier he told Le Parisien daily that he had been walking by the building on Saturday evening when he saw a crowd gathered in front and rushed into action.

"I did it because it was a child," the newspaper quoted him as saying. "I climbed...Thank God I saved him." He later said that he was so overcome once he got inside the child's apartment, he began shaking and felt faint.

Initial inquiries by French authorities found that the child's parents were not at home when the incident occurred. According to French news agency AFP, the boy's father is being questioned by police for leaving his child unattended.

Christophe Castaner, a French minister and former government spokesman, wrote on Twitter that he admired Gassama for leaping to save a life without thinking of his own.

The man credited with saving many lives in the deadly attack on a Paris kosher supermarket has been made a French citizen. The French interior minister hailed the Malian immigrant's actions as an "act of humanity." (21.01.2015)

Successive governments have tried to find answers for France’s disaffected banlieues — a code word for the high-crime suburbs that surround Paris. Can French President Emmanuel Macron succeed where others have failed? (18.05.2018)

A new 60-point plan is supposed to help France fight radicalization. But critics say the government's strategy fails to tackle the root of the problem. Lisa Louis reports from Paris. (14.05.2018)

A three-time presidential candidate, a French aid worker and two Italians have been released after being taken hostage by Islamic fighters in Mali. They were reportedly released in exchange for nearly 200 extremists.

In a 220-211 vote, President Joe Biden's pandemic and economic rescue bill has got its final approval in the US House of Representatives. He's due to sign Friday.