Bundeswehr service vehicles can't take Mali's heat, a German newspaper reported. According to the daily, only about half of German military vehicles sent to a UN base in the West African desert are still running. 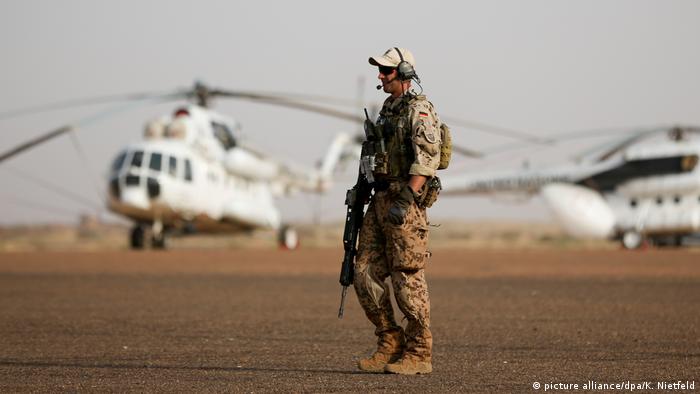 Dust, stony roads and temperatures nearing 50 degrees Celsius (120 F) have knocked out half of the Bundeswehr vehicles deployed to Mali as part of the UN's Multidimensional Integrated Stabilization Mission, German daily "Die Welt" reported Wednesday. The military has been unable to promptly ship the necessary replacement parts to the UN base at Camp Castor in Gao, Mali, where the facilities also aren't quite up to the German standards for maintenance.

"The mission fulfillment vis-a-vis the UN is guaranteed," a Bundeswehr officer deployed to Mali told the paper. "Operating conditions, however, regularly push us to the technological breaking point." The Bundeswehr's Tiger combat helicopter, meant to be operational by May 1, has not been cleared to operate in temperatures exceeding 43.26 degrees Celsius, "Die Welt" reported. Daytime temperatures near Gao, in the West African desert, are projected to run 43-45 C for the foreseeable weeks, meaning the Tiger will stay mostly on the ground rather than flying stabilization sorties.

The German government has proposed a series of reforms to make the military more attractive as an employer. Bundeswehr soldiers have been complaining of lack of equipment and poor facilities in the barracks. (30.01.2015)