About 100 Malians have been killed in an overnight attack on an ethnic Dogon village, officials say. Fighting between Dogon hunters and Fulani herders has intensified in recent months. 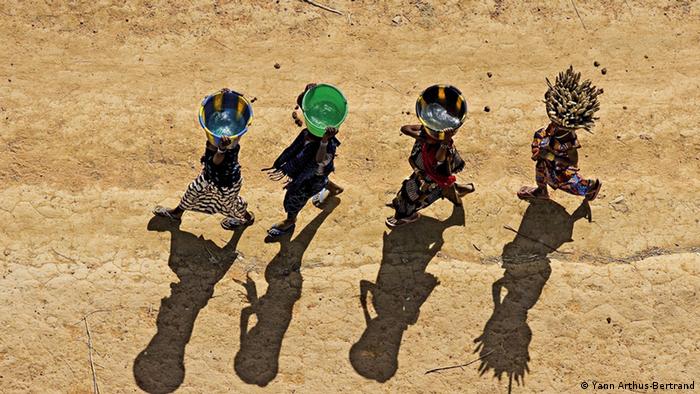 Unknown gunmen attacked a central Malian village inhabited by the Dogon community overnight to Monday and killed dozens of people, a local official and a security source have said.

"Right now we have 95 dead civilians. The bodies are burned; we are continuing to look for others," an official in Koundou district told the news agency Agence France-Presse. He said the village had had a population of 300 before the attack.

A security source at the massacre site in the village of Sobane-Kou told AFP that "a Dogon village has been virtually wiped out."

A survivor of the attack said that some 50 men had arrived on motorbikes and in pickups and killed residents indiscriminately.

There has been no immediate claim of responsibility, but hundreds of Malians have died in fighting between Dogon hunters and Fulani herders since January. The growing violence led to the entire Malian government stepping down in April.

Tensions have been especially high in the region since a Dogon militia was accused of massacring around 157 residents of a Fulani village in March.

The head of the United Nations peacekeeping mission in Mali, Mahamat Saleh Annadif, said he was "shocked and outraged" by what he described as an "act of unspeakable barbarism."

The conflict has been driven by suspicions on the Dogon side that the Fulani are collaborating with jihadi groups in attacks on Dogon villages aimed at stopping the residents working the land.

The Fulani, in their turn, suspect the Dogons of having close ties with Mali's military.

Mali has been in a state of violent unrest since Tuaregs and allied jihadis took over much of the country in an insurgency in 2012. Although French forces managed to push the rebels back the following year, the West African country has remained in turmoil since then.

Mali: Returning to a destroyed land

Mali: Returning to a destroyed land