Five members of interim President Assimi Goita's inner circle, including Prime Minister Choguel Kokalla Maiga, will not be able to pass through EU countries. They have also been subjected to "an asset freeze." 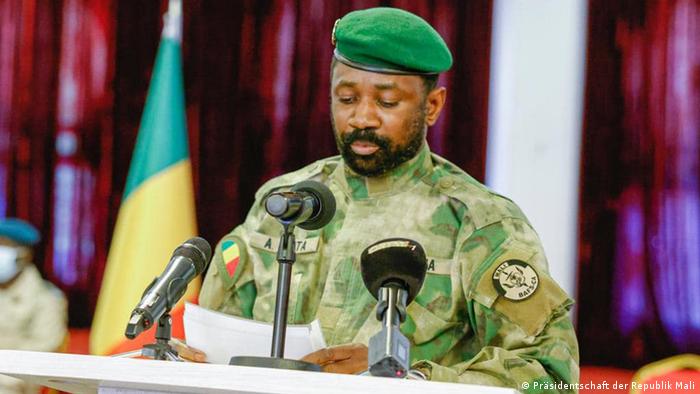 The European Union on Friday blacklisted five members of transitional interim Mali President Assimi Goita's inner circle, including his prime minister, after the military scrapped plans to hold elections in February, according to a statement.

"The five designated people are subject to a travel ban, which prevents them from entering or transiting through EU territories, and an asset freeze," a statement from the bloc said.

As well as the prime minister, Colonel Malick Diaw and Colonel Ismael Wague have also been targetted by the sanctions. "Wague's actions also undermine the successful completion of the political transition of Mali," the EU said.

Goita put himself in charge last year after two military coups — in 2020 and 2021 — dismissing the civilian leaders of Mali's transitional government in the process.

Last week, Mali ordered Danish special forces to leave the country and on Monday of this week, the French ambassador was expelled. Tensions are mounting between Mali and the European partners who have stationed troops in the West African country with Germany, among others, considering a withdrawal.

Choguel Maiga was named as prime minister by Goita in June last year, just days after the second coup in the West African country in less than 12 months. Maiga is accused of reneging on an agreement for a new presidential vote set for February 27. The military junta which orchestrated the power grab now plans to stay at the helm until 2025.

Instead of fresh sanctions, leaders called for a return to democracy and the release of ousted President Roch Marc Christian Kabore "within the shortest time." ECOWAS is also deploying soldiers to Guinea-Bissau.