Mali's new interim Preisdent Bah N'Daw, a retired colonel, was named by junta leaders earlier this week. The army, which staged a coup last month, is promising to hold new elections in 18 months. 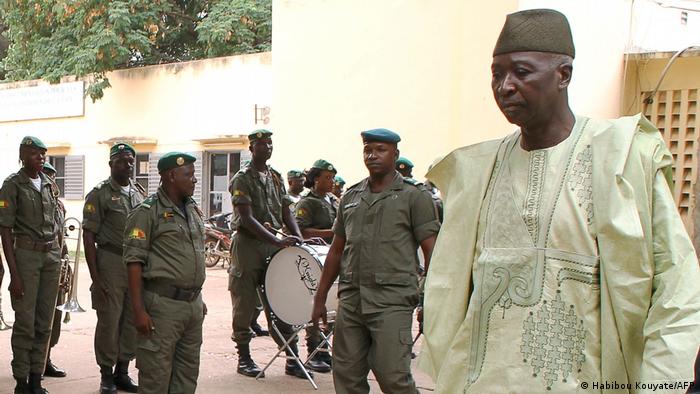 Bah N'Daw, a retired colonel, was sworn in on Friday as Mali's president following a coup last month.

His inauguration comes after Colonel Assimi Goita, who heads a junta of officers, named him as interim head of state on Monday. The junta named Goita himself interim vice president.

The interim president, a former defense minister under Keita, is supposed to rule for a maximum of 18 months before staging nationwide elections.

ECOWAS slapped sanctions on Mali on August 20 to push for the swift restoration of a civilian government, including the appointment of civilians as interim president and prime minister.

Ex-Nigerian president Goodluck Jonathan has been named as an envoy to Mali to try to mediate. Jonathan said the bloc may announce on Friday whether the plan meets criteria for easing sanctions, indicating a degree of satisfaction on his arrival in Bamako on Wednesday.

"We are happy with what is happening in Mali. The young soldiers who took power are working in the direction of the recommendation of the heads of state of ECOWAS," Jonathan had said on arrival. He was yet to comment further.

ECOWAS, or the Economic Community of West African States, also wants the release of all detainees. Keita was released, but former prime minister Boubou Cisse, among other officials, are still in jail.

Mali's neighbors are worried the former French colony of some 19 million people could spiral into chaos.