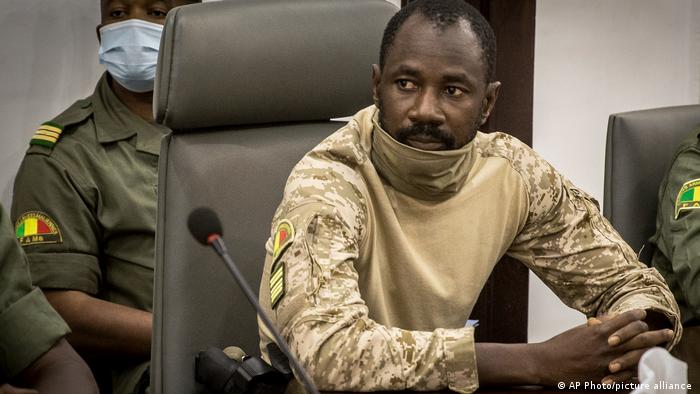 Mali on Monday swore in Colonel Assimi Goita as its new transitional president just weeks after the military removed an interim government installed in the wake of a coup in August 2020.

His inauguration took place days after both the West African economic bloc ECOWAS and the African Union suspended Mali's membership in a reflection of international concern about the political situation in the war-torn Sahel state.

Goita has said elections will be held in 2022 and a new prime minister appointed within days.

Who is Assimi Goita?

Goita, a former special forces commander whose age is varyingly given as 37 or 38, is the son of a former director of Mali's military police. He rose to political prominence in Mali after initiating a coup against the elected president, Ibrahim Boubacar Keita, on August 18 last year.

He studied at the country's main military school and trained in the northern deserts of the country from 2002.

He was involved in active combat during the Tuareg independence rebellion of 2012.

After the 2020 coup, he became interim vice president in a caretaker government headed by President Bah Ndaw and Prime Minister Moctar Ouane.

He has become president after NDaw and Ouane were detained and subsequently had their powers stripped in the second military power grab within nine months. 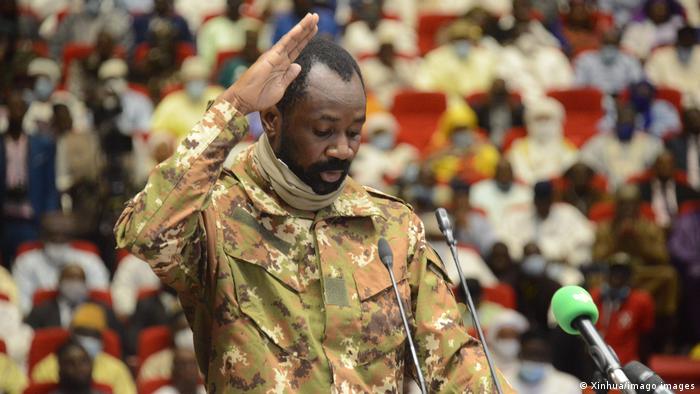 Goita was sworn in as transitional vice president in Septemer 2020

What has been happening in Mali?

Mali, a former French colony, has been in the grips of violence emanating from the north of the country since January 2012.

The Tuareg rebellion of 2012 was commandeered by jihadis, leading to a state of war between the north and south.

Forces from France and other African countries were called in to help quell the fighting. Although a peace accord was signed in 2015, low-level fighting has continued.

The military ousted former President Keita after protests over his failure to contain the jihadi violence, along with corruption allegations.

A caretaker government was installed, with elections meant to take place within 18 months.

However, in May of this year, interim leaders Ndaw and Ouane were detained by the military, which was unhappy that two colonels involved in the August coup were to have been replaced as defense and security ministers in a government reshuffle.

The arrests were condemned by the UN Security Council and Mali's membership of ECOWAS and the African Union was suspended at the end of May.

France also suspended its military cooperation with the country, saying it was waiting for guarantees of a democratic transition to an elected government.