Maldives′ Foreign Minister: Nasheed requires only ′minor′ treatment | Asia | An in-depth look at news from across the continent | DW | 25.01.2016 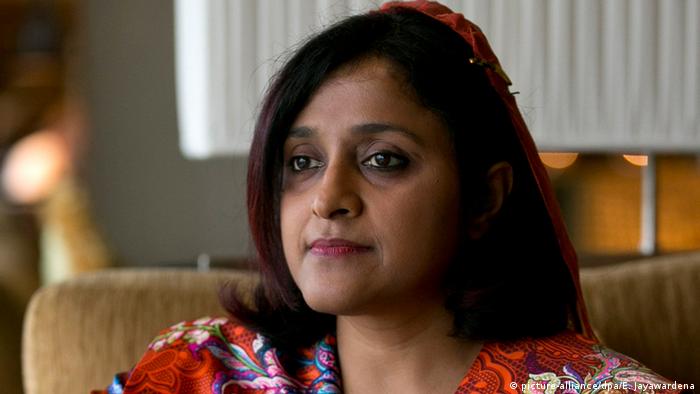 Ex-President Nasheed arrived on January 21 in Great Britain, where he was received by his British lawyer Amal Clooney, wife of Hollywood star George Clooney. He had left the Maldives for Sri Lanka three days earlier after resolving a last-minute legal dispute with the government over his 30-day release for the spinal cord surgery in the UK.

The Maldivian government asked for a guarantor who would be criminally liable if Nasheed failed to return. But it reportedly agreed to waive that condition after tense negotiations.

The Indian Ocean island nation's government has been under international pressure over the jailing of several opposition politicians, including former President Nasheed, who was sentenced in March last year to 13 years in prison on terrorism charges.

Human rights organizations have also slammed the trial of the 48-year old as politically motivated. Nasheed was the country's first democratically elected leader. He ruled from 2008 to February 2012, when he was forced to resign following a mutiny by police and troops. 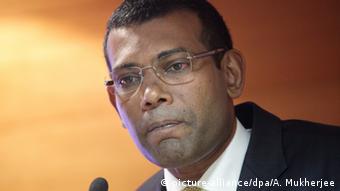 In an exclusive DW interview, Foreign Minister Dunya Maumoon says the treatment required by Nasheed is minor and that it could have easily been undertaken in the Maldives. She also adds that the Maldivian government expects the former president to abide by the conditions attached to his temporary release.

DW: What is Nasheed's current state of health?

Dunya Maumoon: From what we understand, the treatment is for a back or spinal problem. Rumors or suggestions that the problem was a result of his detention, either recent or in the past, are wholly inaccurate.

We are disappointed that some of his supporters have suggested that is the case. It seems members of the opposition are intent in politicizing this situation. There is clearly no need for this. Frankly, it is a shame considering the government has acted in good faith to meet the former president's demands for timely medical attention.

The Maldivian government had previously argued that Nasheed could seek medical treatment in Male's private sector ADK Hospital. Has Nasheed's health deteriorated to such a level that the government now felt compelled to grant him permission to leave for the UK?

The treatment required is minor. It could have easily been undertaken in the Maldives by the very capable medical professionals that we have here. However, the former President insisted on travelling to the United Kingdom.

Maldives ex-leader 'blackmailed' out of surgery

Ex-President Nasheed's lawyer has accused current leaders of trying to force him to leave a hostage if he left the country. The Maldives government has said it was "disappointed" Nasheed did not take the opportunity. (18.01.2016)

After declaring a state of emergency amid reports of assassination attempts and rising security threats, the Maldives has now impeached the VP. But how does the move affect the nation's already tense political landscape? (05.11.2015)

The president of the Maldives has lifted a state of emergency following an outcry from the international community. The government says the measures are no longer necessary because the security threat has subsided. (10.11.2015)

The Republic of Maldives, a tiny nation made up of more than a thousand islands, sits a mere meter above water. With the sea-level rises expected by the end of this century, its inhabitants are facing displacement. (12.12.2015)

After careful deliberations, we have decided to allow this trip after the former president agreed to standard legal conditions for his temporary release. It is worth noting that the former president's back problems do not seem to have hindered his media engagements.

Have you been subjected to outside pressure to allow Nasheed to leave for the UK?

No, absolutely not. We are a sovereign nation that is perfectly capable of managing our own affairs. The government decides each case for temporary release on its merit, whether the person is a former president or not.

Under what conditions have you allowed Nasheed to leave the country? What is Nasheed allowed to do in the UK and what not?

It would be inappropriate to comment on any specifics concerning the agreement that was signed last week. However, we expect the former president to abide by this agreement.

Why did you insist that he nominate a family member to stay in the capital?

The "Guardianship Document" that has been signed is a normal agreement to be entered into when an inmate leaves the Maldives. While serving a sentence in the country, the inmate is in the care of the state, and when that inmate leaves the country temporarily, that care transfers to the individual party to the agreement.

What would happen if Nasheed were to violate any of those conditions set by the government? Can the family member back in the Maldives be prosecuted?

As per our previous statements on the issue, should the former President fail to return to the Maldives, or otherwise breach the conditions of his release, it is he that is liable to prosecution and not the family member party to the Guardianship Document.

Dunya Maumoon is Minister of Foreign Affairs of the Maldives.